While most of the us are bragging over our 4-carat diamond rings, Canada’s Lucara Diamond Corp is here to give us quite a reality check. For one, their diamond-mining discovery led to a 1,109 stone find. The large piece is approximately the size of a tennis ball, though some say they may have to cut the colossal piece to find a buyer, following Sotheby’s failed auction for the world’s largest uncut stone last summer.

It’s not the ending that William Lamb wanted for his 1,109-carat stone, named “Lesedi La Rona,” or “Our Light” in the national language of Botswana where it was mined. “It’s only the second stone recovered in the history of humanity over 1,000 carats. Why would you want to polish it?,” said Lucara’s chief executive. 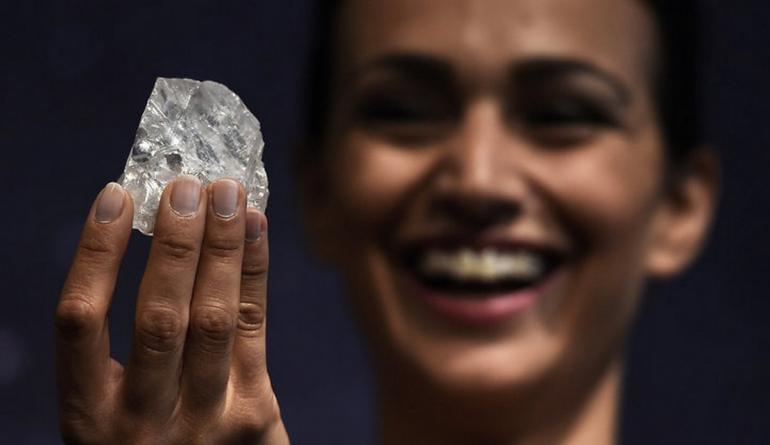 “The stone in the rough form contains untold potential…As soon as you polish it into one solution, everything else is gone.”

Lamb had gambled that ultra-rich collectors, who buy and sell precious art works for record-breaking sums at auction, would do the same with a diamond in the raw.

Unfortunately, the renowned auction stopped short of the $70 million reserve and closed in at $61 million.

“When is a diamond too big? I think we have found that when you go above 1,000 carats, it is too big ― certainly from the aspect of analyzing the stones with the technology available,” said Panmure Gordon mining analyst Kieron Hodgson. “At the end of the day, it’s about understanding what the stone can produce. And the industry now doesn’t work on hunches as much as it used to 20-30 years ago,” he says.