In Germany, an unlikely art object is about to auctioned off on May 28. The country’s leading auction house Auctionata is putting a rare and majestic stegosaurus skeleton under the hammer that’s been valued at 2.4 million Euros. Hosted in cooperation with the REDGALLERY in Hamburg, the auction is called “Nature at Home – Prehistorical fossils and minerals”, and will also be livestreamed from the gallery space. 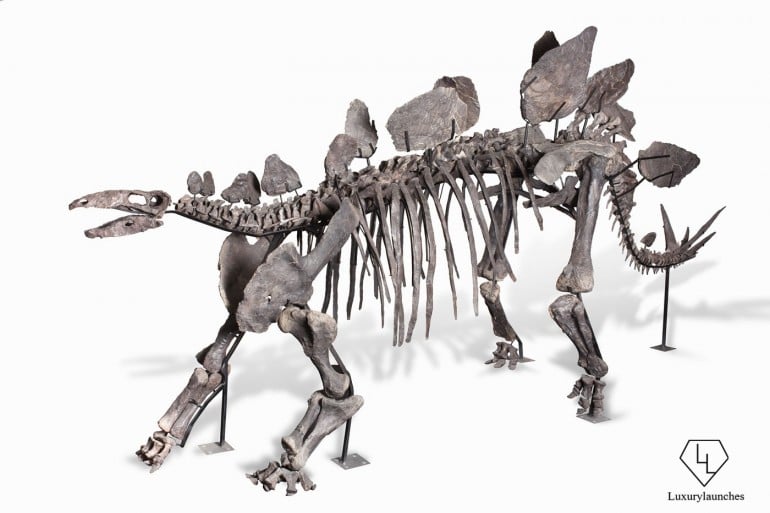 The stegosaurus skeleton destined for the auction belongs to the Jurassic period making it approximately 150 million-years old. The 7 meter long skeleton includes over 90% original bone material and reportedly is the best finding of this genus to ever come to market. Stegosaurus are easily identifiable thanks to the long line of boney plates running down their spine and the dangerous spikes on their tails. Bidding for the skeleton will start at 1.2 million Euros and it will be sold along with certificates and a booklet with scientifically detailed descriptions.
Other notable items up for auction include prehistoric scallop shells, a large pair of amethyst geodes and a fish saurian from Toarcium. You can stream the auction on www.auctionata.com on May 28, 2015, at 6 pm CET.