We, luxury lovers, were definitely not impressed with the tacky pair of Sonny and Cher 1966 Ford Mustangs. And just when we thought that was the last time we would hear or even see the hideous George Barris created cars; they are back to haunt us again. Originally used in the Sonny & Cher film Good Times, the gold and pink pearl drop-tops, with animal print, shag carpet, and ermine fur interior fitments, went out on a subsequent publicity tour and saw some use by the entertainers. These two cars were sold in February at an RM Auctions event for $198,000. But it looks like the owner has finally realized how unworthy this investment was, and hence he has put the pair of cars for auction again. The seller has put the pair of cars for sale on eBay, so if any of you tacky art appreciators are interested, you might want to check it out. The seller apparently wants to peddle these cars into the UK, lists their location as St. Louis, and has provided a Florida contact number. The cars are not listed on eBay Motors U.S. either.

However, the seller seems quite ambitious and is hoping this pair will fetch more than £270,000 ($450,000) which he has listed as the asking price. This is one investment I advise any of our regular readers to not make. 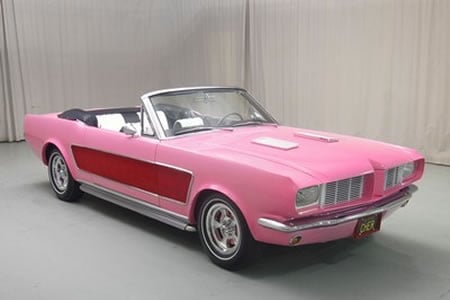 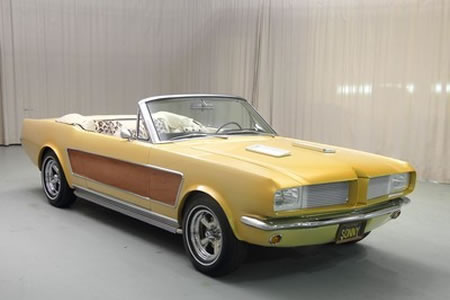