ArtCar collectors are in for a treat as an exceptional 1994 McLaren F1 GTR Chassis No 5 designed by César is all set to go under the hammer next month. The McLaren F1 GTR Chassis No 5 will be auctioned at Artcurial in Paris and is estimated to fetch a price between €2m and 2.5m ($2.4 million and $3 million). The McLaren F1 GTR features a distinctive center-aligned steering wheel in the cockpit, a BMW engine, and a maximum of 640hp at 6,750rpm. The car is one out of seven built for the 1995 racing season and targeted at select high-end clients. The Chassis no 5 was bought by French industrialist Jean-Luc Maury-Laribiére. In 1995, César, a renowned French sculptor and assemblage artist, added his exquisite design touches to this car, turning the powerful car into one of the most exquisite examples of an ArtCar.

The aesthetically appealing car is sure to attract a number of bidders. 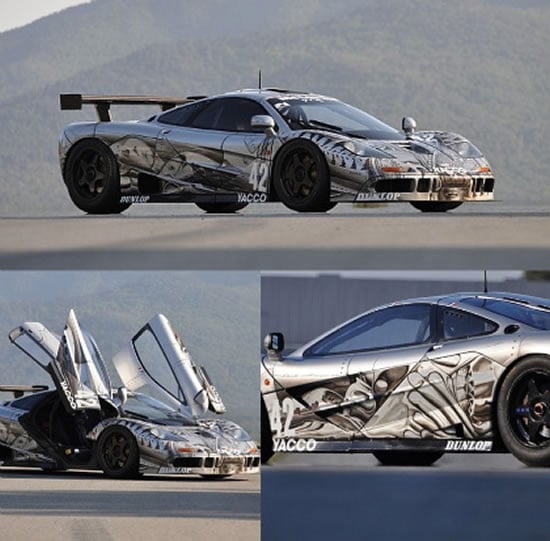