Following on the close heels of the Hermes Leather Forever exhibition, is yet another display of fine handbags for fashion. The jewelry sale that recently took place at Bonhams, Knightsbridge, had an exclusive selection of sixty-four iconic Hermes bags in pristine condition that fetched a total of £562,750 (almost $890,000) was over double the estimate. The selection of handbags dating from the 1950s-2008 mainly comprised renowned ‘Kelly,’ ‘Birkin’ and smaller ‘Constance’ bags. At the sale, a 2008 Hermes dark brown crocodile Birkin bag sold for a whopping £37,250 ($58,816), while the estimate was £8,000-£12,000. Another dark brown crocodile Birkin bag from 2003 fetched £30,000 (47,368) against the same estimate as to the first Birkin bag.

READ:  1920s Coca Cola bottle lamp is up for grabs

The exhibition also witnessed the sale of a Hermes black patent crocodile Kelly bag from 1999 as well as two Hermes crocodile Constance bags that sold for £21,250 ($33,553) each. All the items in the sale generated proceeds that were well over their original estimate. 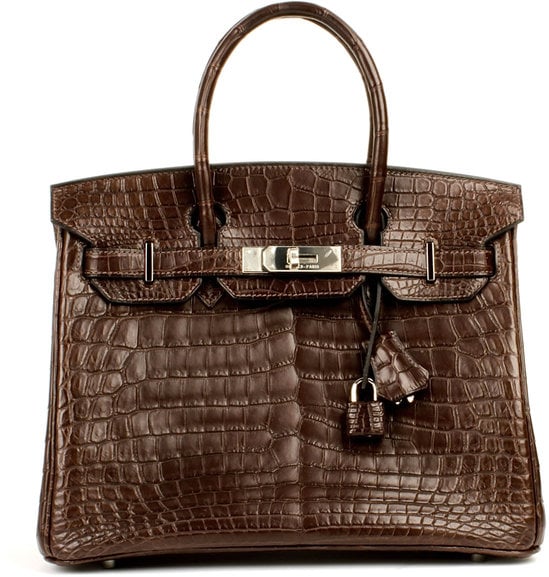