If you’re a baseball fan, you’ve probably idolized Babe Ruth at some point in your life. The legendary human was one of the most celebrated players of his time and is looked up to for his prowess on the field by many even today. In paying an ode to his legend, a road jersey once worn by him has recently been sold for a record-breaking $5.4 million. 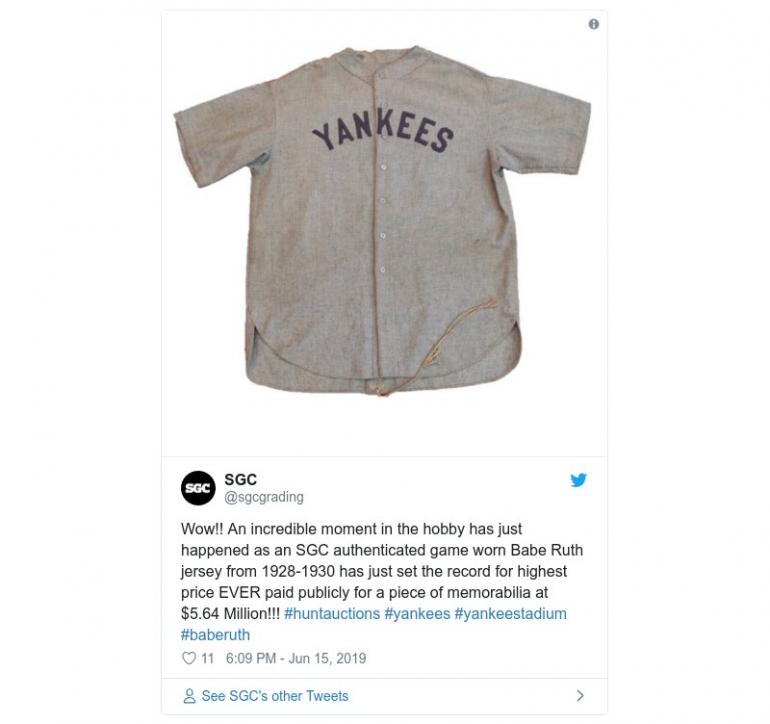 With the incredible sale, the jersey becomes the most expensive piece of sports memorabilia ever to be auctioned. Previously, the record was held by another one of Ruth’s New York Yankees jerseys that went under the hammer for $4.4m in 2012. The legendary player’s new record-smashing shirt dates from 1928-1930 of his long career, in which he became an early sporting superstar. It also happens to be one of 400 pieces of Ruth memorabilia supplied by his family and private collectors and put up for sale at the Yankee Stadium.

Commenting on the sale, President of Hunt Auctions – David Hunt said, “The legacy and significance of Babe Ruth to the game of baseball and American popular culture is unmatched by any other figure in the history of this country,” He further added, “While the record-setting prices attained today are certainly astonishing, I am not surprised at all given the incredible materials and the mythical status the Babe holds in the history of this country.” While the identity of the buyer remains anonymous, he sure knows how to pay homage to the great baseball legend that is – Babe Ruth!