If you’re in awe of Los Angeles and appreciate David Hockney’s work, here’s your chance to bag a bit of both. The artist’s stunning depiction of the LA called the ‘Nichols Canyon’ is all set to be auctioned for an estimated $30 million in December. 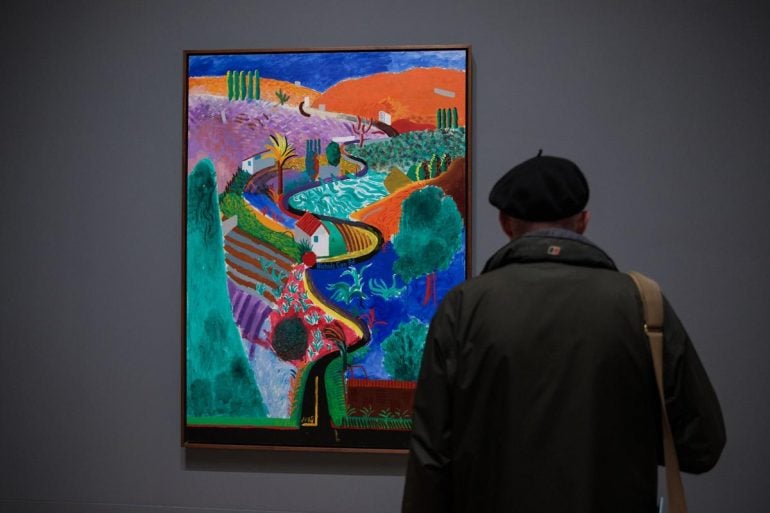 The painting was in private hands for nearly 40 years and is said to be inspired by Hockney’s vision of the city. It is symbolic of his ability to place the past and present in tandem with each other is known to be the most significant landscape by Hockney ever to appear at auction.

Commenting on it, Phillips Auctioneers (where it is currently on display) said, “Nichols Canyon is one of Hockney’s greatest masterpieces—and unequivocally the most important landscape by the artist in private hands. Marking the beginning of his decades-long panoramic landscapes series, it was one of only two monumental works Hockney executed following his return to painting from a brief hiatus spent exploring photography in the 1970s; the other, Mulholland Drive: The Road to the Studio, is held in the permanent collection of the Los Angeles County Museum of Art.”

The exclusive seven-by-five-foot canvas will travel from London to Hong Kong in early November before being transported to New York. It will finally be auctioned at the 20th Century and Contemporary Art Evening Sale by Philips on December 7, 2020.