Many of our childhoods are filled with Tintin nostalgia. And in catering to that from an art perspective, an original Tintin painting is now expected to go on sale in Paris. It is estimated to set a new record for comic book art and we can’t wait to see the outcome of the auction! 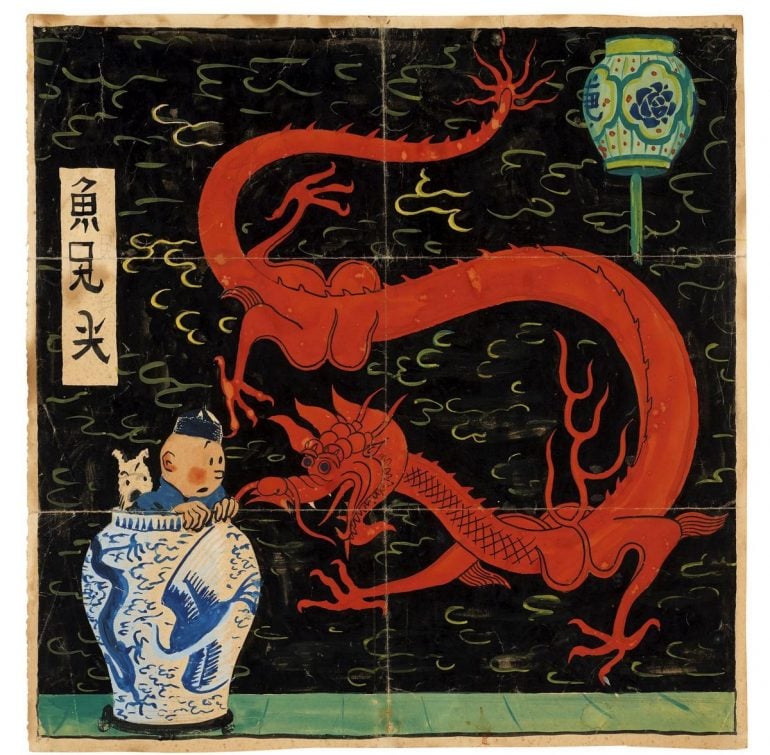 Created by master creator Herge, the painting on offer measures 34 cm square (13 inches). It features Tintin and his cuddly pooch Snowy emerging from a porcelain jar in front of an ominous depiction of a Chinese dragon. 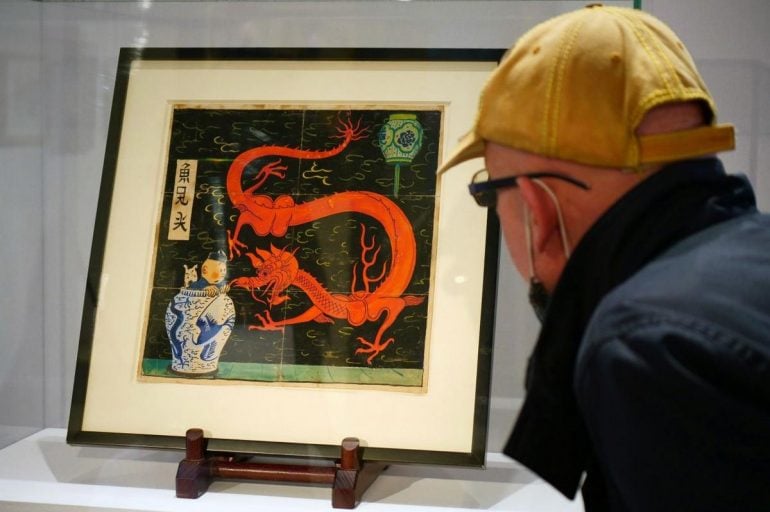 It was initially expected to make the cover or the pre-World War Two Tintin album “The Blue Lotus” however Herge’s publisher rejected it stating that it would be too expensive to print owing to the choice of colors on it. 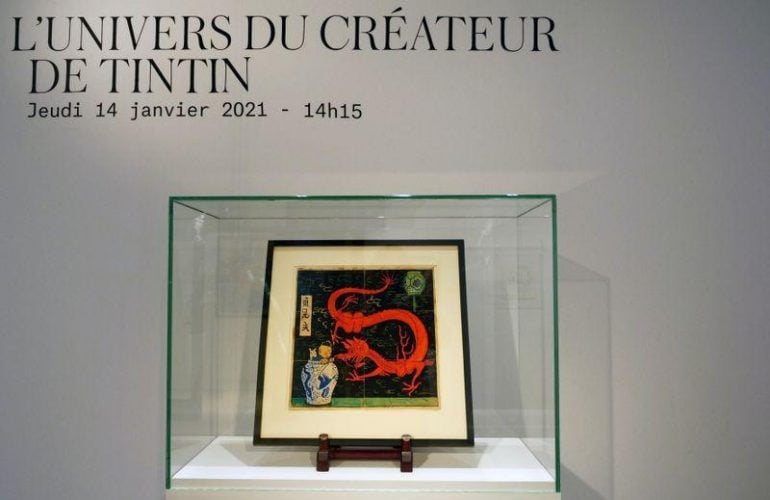 The painting was thereafter gifted to Jean-Louis Casterman who was an heir to the publishing house that published the Tintin books. Until now the comic art sat in Casterman’s safe custody. It was auctioned on Thursday (January 14) for a record $3.2 million. If comic book expert at Artcurial – Eric Leroy is to be believed, “It’s the most beautiful item that’s on the market in private hands!” Well, we wouldn’t debate that!

Tags from the story
paintings, Tintin