Over time we have heard so many impractical, cheesy, and romantic declarations of love like you are my sun and moon, moronic statements like ‘I’ll take you to the stars.’ But if your lover tells you I will bring you a piece of the Eiffel Tower instead of the moon, do believe it is real, practical, and very doable. Thanks to a one-of-a-kind auction, a 2.6m segment of the original Eiffel Tower staircase built by Gustave Eiffel and his associates is up for sale. The auction house Artcurial, as part of its Art Déco & Design sale, auctioned it on December 1. The evidently rusted but treasured staircase comprised 14 steps and was used to connect the second and third levels of the monument. It was later replaced by an elevator that took up the original staircase that was eventually separated into 24 segments, two of which measure nine meters. The segment of the staircase being auctioned came from a private Canadian collection. It was estimated to fetch between 30,000 and 40,000 euros ($36,000-$40,000). 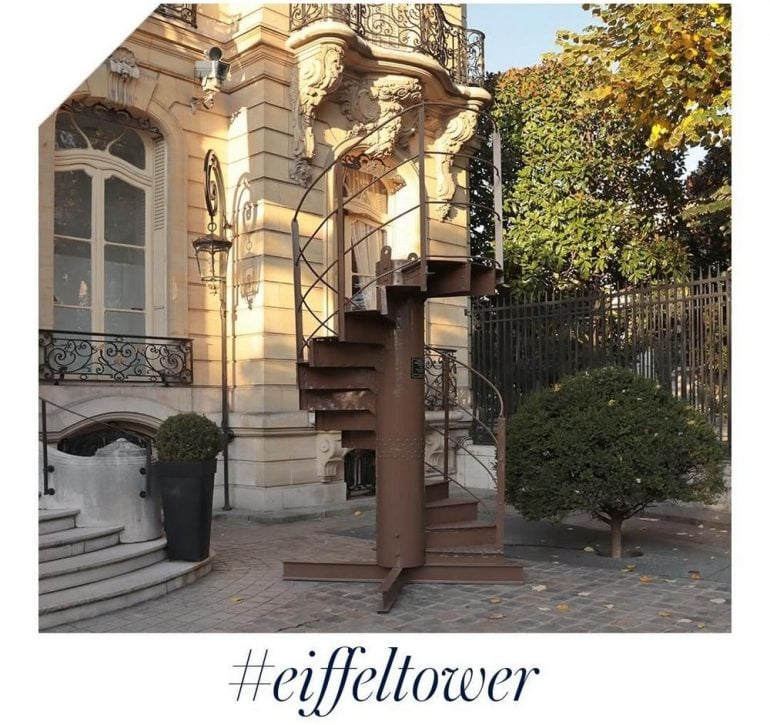 Surprisingly, this estimated amount does come as a shock not because of its high price rather the opposite of it. In 2016, a piece of the same Eiffel Tower staircase sold for 523,800 Euros, and before that in 2013, another 3.5-meter high segment went for 220,000 Euros. Luckily the romantics still reign supreme and someone has already purchased this 14-step chunk of the Eiffel Tower’s spiral staircase for 274,475 Euros ($328,427) in Paris on Tuesday, 1st December.

Tags from the story
Eiffel-Tower, Staircase