Pistols with the flintlock mechanism belong to the late 17th century to the early 18th century, which came to be replaced by the percussion caps and the cartridge-based systems. The parcel-gilt and niello mounted flintlock pistol by Giuseppe Merli is a truly magnificent piece that is a perfect embodiment of the firearms created in the earlier centuries. The pommel is a decorative architectural device; the pommel and upper stock mounts are decorated with parcel gilt mounts, niello stylized masks with niello scrolls on stippled grounds. The barrel with gilt is engraved with initials, “BA”, date 1818 (when the Grosnaia Fortress was erected) and the Russian inscription ‘Grosnaia Fortress’ marked on the lock plate. The obsolete pistol is expected to fetch about £20,000-£30,000. 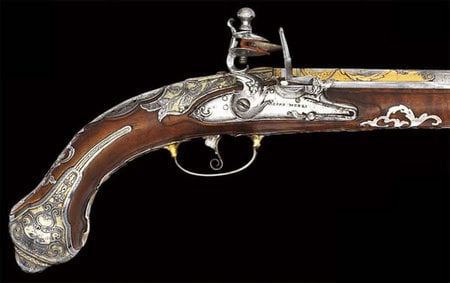 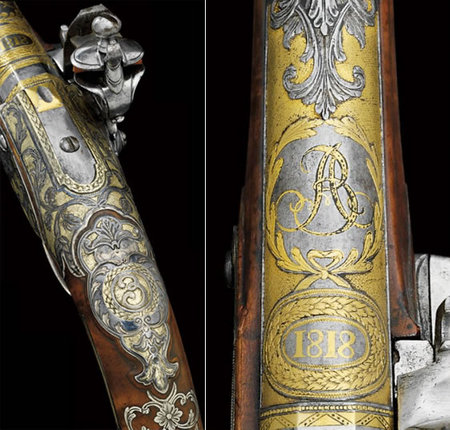