If you’re a Tupac and Madonna fan and were one of those rooting for their love, this exclusive item could excite you enough to blow up your savings. We are talking about a love letter written by the rapper for his then lady love that is all set to go on sale this month. Up for grabs at a starting bid of $100,000, the letter is one of the most-touted for documents to come on auction in a long time. 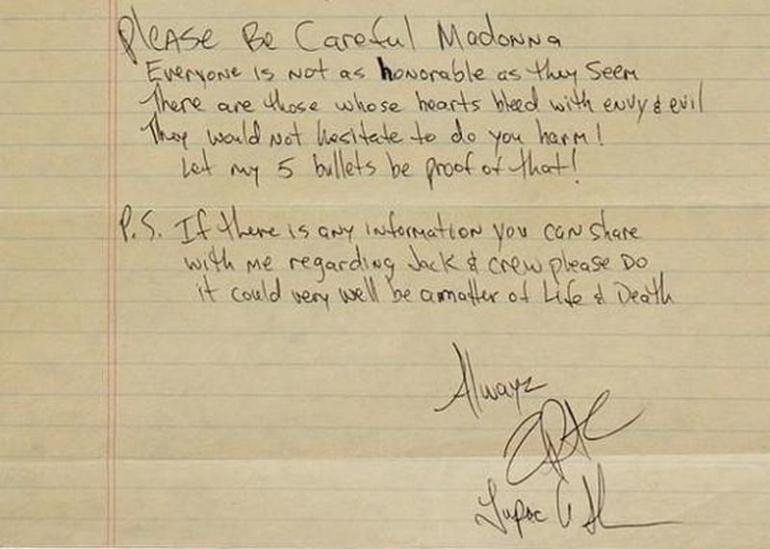 The confession was reportedly written by Tupac during his 1995 prison sentence and is said to showcase his apologetic side. Experts from the letter read, “I must apologize to you. Because like you said I haven’t been the kind of friend I know I am capable of being. Not because I am evil or because you weren’t worthy but at the risk of sounding over dramatic, the effects of racism make it difficult for a young black man to properly show affection for an older white woman.”

The note also declares a warning to the pop star that read as follows- “Please be careful Madonna. Everyone is not as honorable as they seem. There are those whose hearts bleed with envy & evil. They would not hesitate to do you harm! Let my 5 bullets be proof of that!” The love letter is probably one of Tupac’s last written pieces. It will be auctioned by Gotta Have Rock & Roll on July 17 for a starting bid of $100,000.

Tags from the story
Letters, Madonna