A long lost demo recording of the song It’s For You was recently auctioned after being rediscovered around fifty years after it was first created! The song was written by Paul McCartney and John Lennon for Cilla Black and the recording was unearthed by her nephew Simon White. White’s father who was Cilla Black’s brother received it from her when he was 18. But at the time he assumed it was a copy of Cilla’s recording of the song. 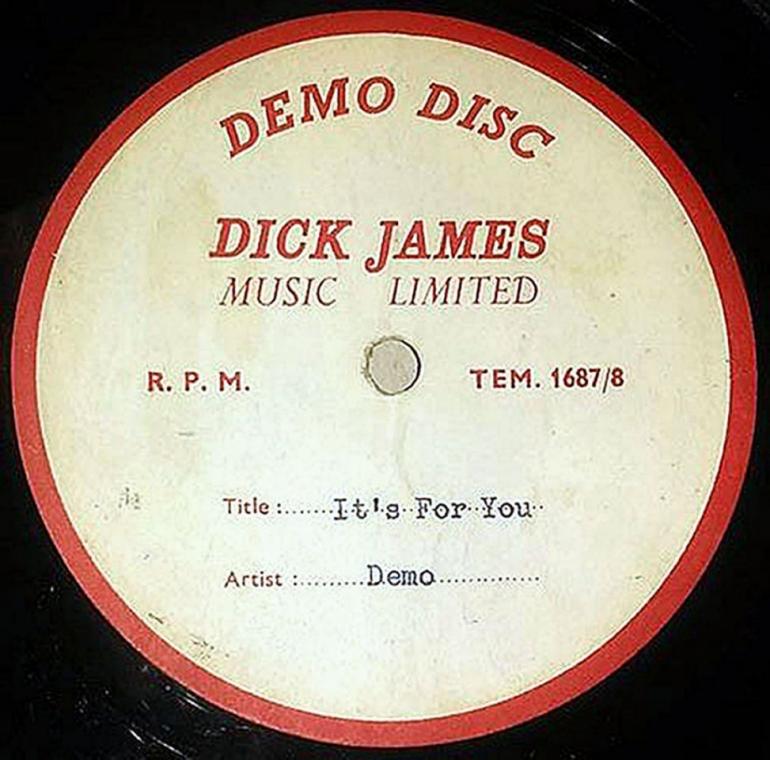 Stephen Bailey received the record as part of a donation by Simon White along with a letter detailing how White’s father had taken care of the record for years after Black gave it to him. Bailey, who owns The Beatles Shop was stunned after listening to the record. “I was shaking with excitement and speechless. “I realised that this was the long-lost Beatles demo disc from 1964 and I was probably one of the few people to have seen and heard it in over 50 years. What I had in my hand was probably the only copy in existence,” he said. He added: “Apart from a few crackles, which you get with acetates, the quality is fine. It’s a wonderful recording. I can’t think of finding anything better unless I discover there is a sixth Beatle.”

“I urge all Beatles fans to search their bottom drawers and attics where they could have put Beatles memorabilia years ago and forgotten all about them. You just never know what you may find or what it is worth,” he added.

The unique record was sold at the 25th Beatles Memorabilia Auction, organised by The Beatles Shop, at the Unity Theatre in Liverpool on Saturday. The winning bid was of £18,000 (about $23,500).