Einstein memorabilia is rare and much-touted for. And especially if it is a letter written under his hand revealing the famous ‘E=mc2’ formula – it has got to get enthusiasts crazy! For those so interested, the historic letter is now up for sale for a whopping $3,96,476.

The one-pager, which is signed off ‘A. Einstein is being offered by Boston-based RR Auction in a timed sale which will end next week, on May 20. It is penned by the German-born theoretical physicist in correspondence with a fellow researcher in October 1946, telling him a question could’ be answered from the E = mc² formula.’ 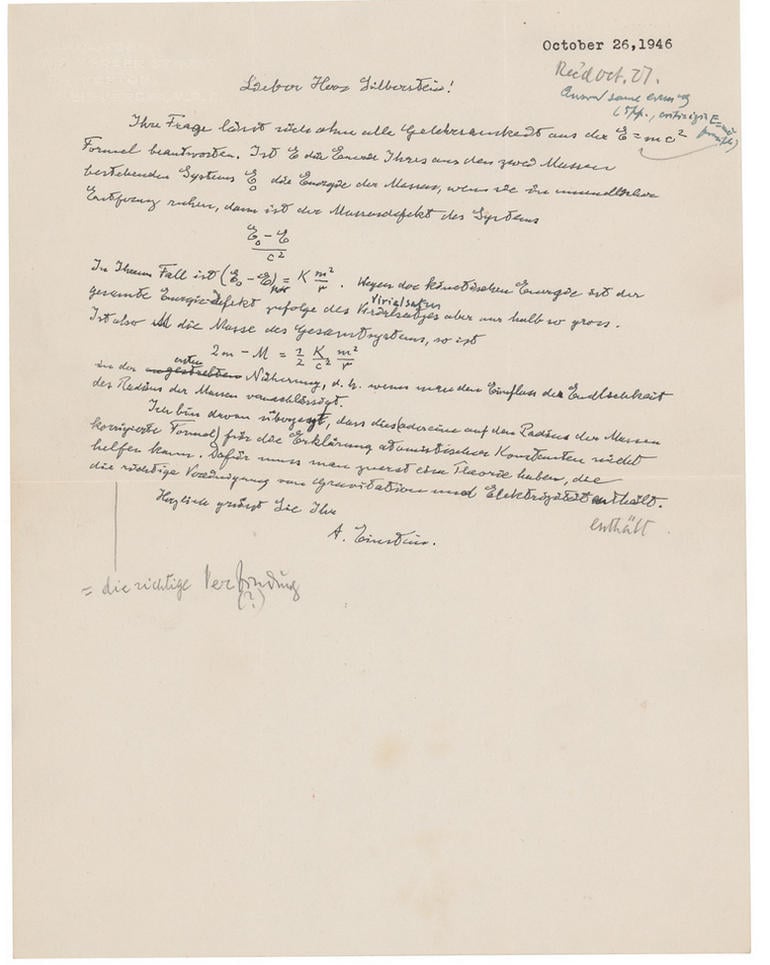 Containing one of four known examples of the mass-energy equivalence formula noted in Einstein’s own hand, the letter was written to the Polish American physicist Ludwik Silberstein. It is composed on Princeton University letterhead and reads, ‘Your (Ludwik’s) question can be answered from the E = mc² formula, without any erudition.’

It further adds, ‘If E is the energy of your system consisting of the two masses, E₀ the energy of the masses when they approach infinite distance, then the system’s mass defect is E₀ – E / c2.’ Einstein also notes in the letter that ‘one must first a theory that contains the correct unification of gravitation and electricity.’

Commenting on it, RR Auction’s executive vice president, Bobby Livingston, said, t’s an important letter from both a holographic and a physics point of view, as it shows Einstein’s thinking on one of the most basic of all physical problems.’ We second that!

Tags from the story
Letters