The Avengers: Endgame, which hits the theatres on the 26th April, is undoubtedly the most anticipated movie of this year. While one would expect fans to quickly snap up the tickets for the movie, the craze reached unprecedented levels on the very first day of pre-sale of tickets. In fact, movie ticketing websites like AMC and Fandango crashed almost instantly after tickets went up for pre-sale. So, in case you are a big fan of the Marvel Universe and somehow missed on the chance to book tickets for the very first day, be ready to shell out an excruciating amount of money if you still want to catch hold of those tickets. How much, you ask? Well, tickets are now being auctioned online with bids reaching as high as close to $10,000. That’s right, and no it’s not a typo error. One bid in New York City reached $9,199 for two tickets on eBay, before the listing was taken off. There are several other similar online auctions where bids have reached the $5000 mark. An eBay auction for two AMC dine-in tickets in Essex, New Jersey, has a reserve price of $2500 and gives the option to die-hard fans to skip the auction for a ridiculous $15,000. 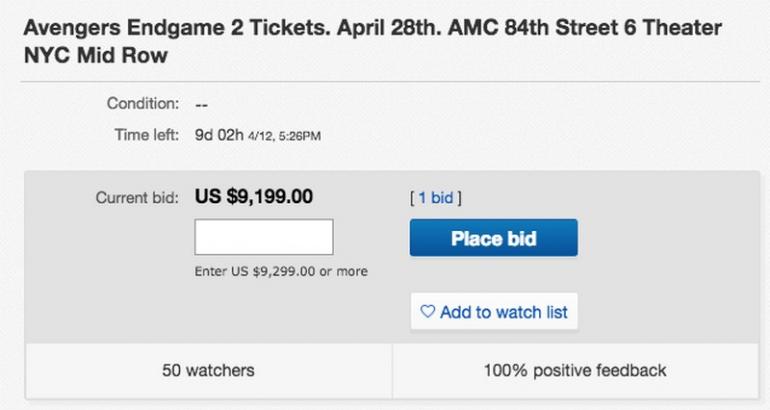 According to Fandango, it took just six hours for the Marvel film to break the record for the most pre-sale tickets purchased in 24 hours. The record was previously held by Star Wars: The Force Awakens. “Honestly, what I can tell you is that it’s bigger than Infinity War … It’s going to be a lot of fun, going to be crazy, and they have a way of still topping themselves when you feel like they might have jumped the shark,” Black Panther star Winston Duke told Entertainment Tonight. “They still have a way of making it new.” Have you booked your tickets already? 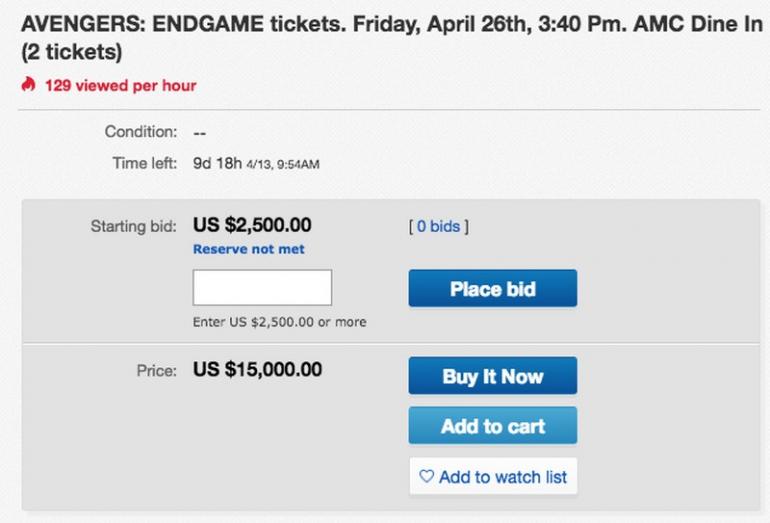 Tags from the story
Movie