A maverick with a cause- that’s how Banksy can best be described. The anonymous artist is soon set to put to auction a triptych of his work titled – ‘Mediterranean Sea View 2017’ for purposes of charity. The paintings are collectively estimated to be worth $1.5m or £1.2m, with proceeds from its sale to be donated towards a hospital in Bethlehem. 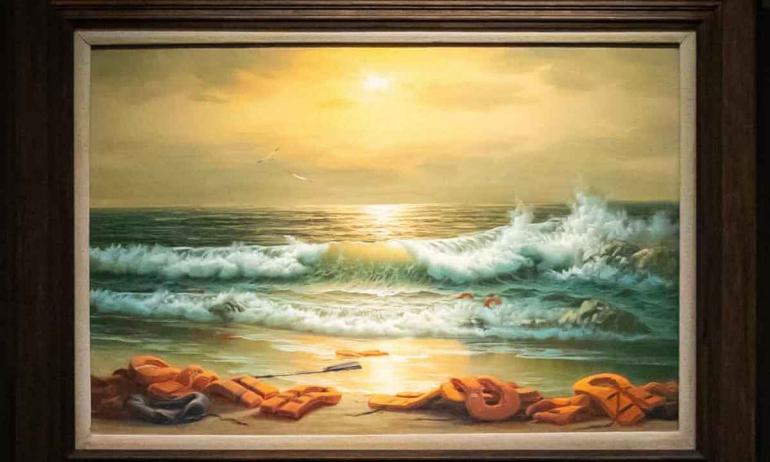 Created for Banksy’s Walled Off hotel in Bethlehem, the artworks depict the migrant crisis of the past decade. Featuring seascapes with lifebuoys and orange life jackets lying astray on the shore, the paintings express a culmination of hope and grief. Commenting on them, Alex Branczik, Sotheby’s head of contemporary art for Europe said, “This triptych hangs in Sotheby’s galleries alongside works by some of history’s greatest landscape painters, including Bellotto, Van Goyen and Turner. Banksy’s work, however, stands alone for its potent political message.” 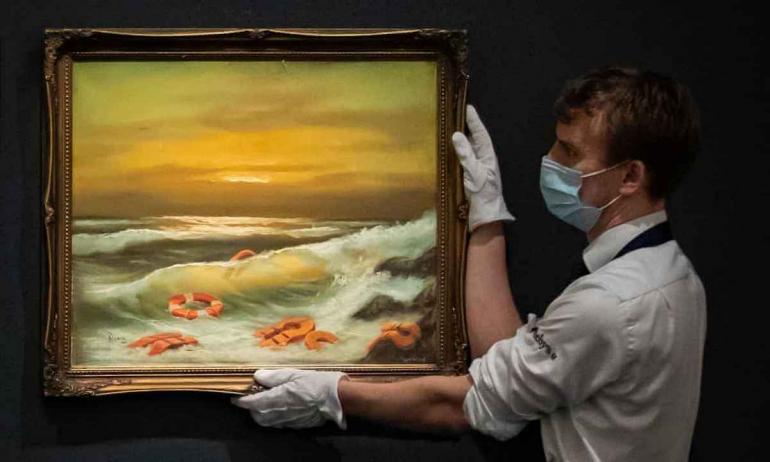 The paintings will be sold at an upcoming Sotheby’s titled ‘Rembrandt to Richter’ on July 28. Proceeds from their sale will be used to build a new acute stroke unit and buy children’s rehabilitation equipment for the BASR hospital in Bethlehem. In May this year, Banksy also donated a painting to England’s Southampton General Hospital as an ode to medical professionals working on the frontlines of the coronavirus pandemic. Art does speak volumes after all! 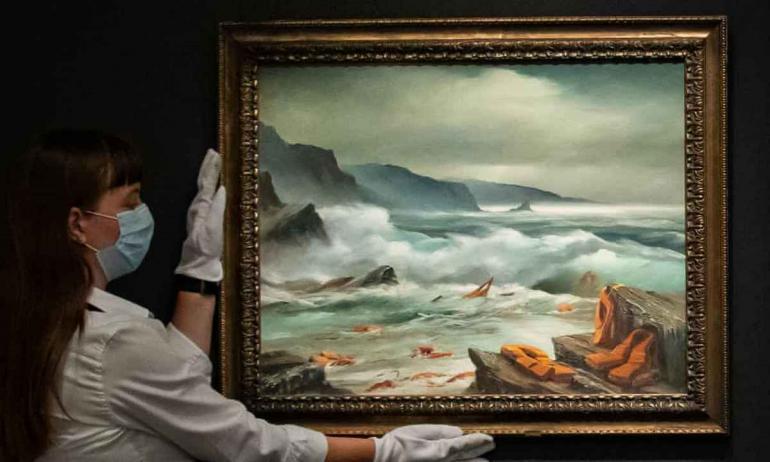