As every Baseball fan would agree, the home run record is one of the most coveted achievements when it comes to the game. And while speaking of it, the top-most name to cross our minds is that of legendary player Barry Bond. With 762 home runs in total, Bond’s career ended in many styles with the slugger claiming a spot for the greatest number of home runs ever to be scored in the history of baseball. 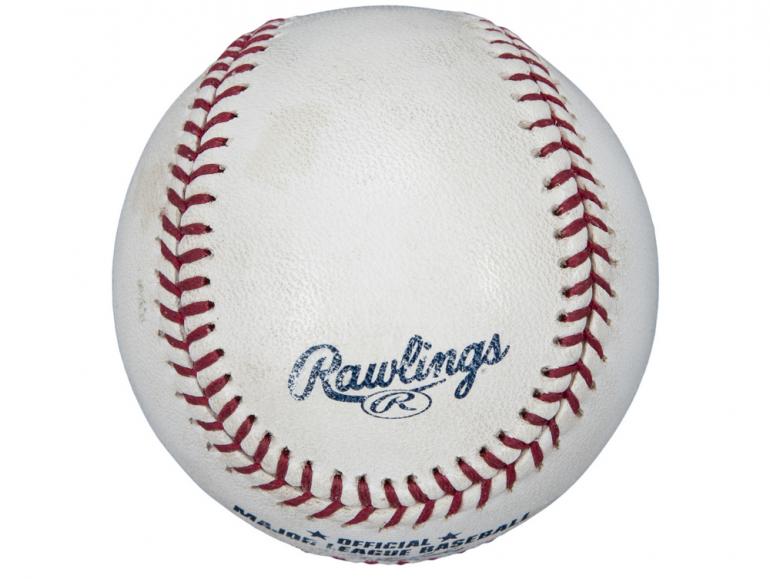 Although a feat as grand as his is tough to achieve, here’s your chance to partake in some of Bond’s glory with the ball used by him to secure his last, recording breaking home run now going on sale. The iconic ball was previously sold for a whopping $376,612 in April 2008 and is expected to fetch an even greater amount this time around. On sale with Goldin Auctions, it is claimed to be in good condition and is touted to come with “impeccable provenance including three affidavits and video of Sutton catching the historic homer.”

Along with Bond’s 762 home run scorer, Alex Rodriguez’s 500th homer bat and ball, Mark McGwire’s 500th homer ball and Bonds’ 754th homer ball will also be up for grabs in the same auction. The starting bid for the former opens at $150,000 with the ball expected to fetch well over $400,000 at a final go. Although Bond hasn’t yet made it to the Baseball hall of fame, sales like this sure don’t fail to prove his worth as a player. Agree much?