Malts become fine and collectible when they’ve aged to perfection. And as lovers of exquisite spirits, it’s that much-desired perfection that makes it worthwhile. If Scottish whiskey is your poison, the Bowmore-54 year old-1957 distilling since 1779 a Single Malt from the island of Islay, off the west coast of Scotland, is up for grabs via Bonhams. Touted to be the most expensive whiskey bottle ever offered at auction, the malt comes filled in a hand-sculpted molten glass laced with platinum strands resembling waves, created by Brodie Nairn and Nicola Burns, reminiscent of Islay’s coastline. Limited to just 12 such bottles are, the one up for grabs will sporting a platinum neck collar and stopper, handcrafted by Hamilton & Inches, Warrant Holder to The Queen. The bottle will come to you along with two matching hand-blown glasses and a water jug.

For those who care to savor it, the 700 ml. single malt glass decanter has flavors of blueberries and wild figs with mellow almonds, tropical fruit, and rich oaky overtones, mid notes taste of soft blueberries, cassis and figs, sea salt, and fresh eucalyptus. Followed by notes of dark chocolate, grapefruit, and juicy oak, finishing with a hint of cassis, bergamot, and star anise. The bottle is expected to fetch between $160,000 and $190,000. 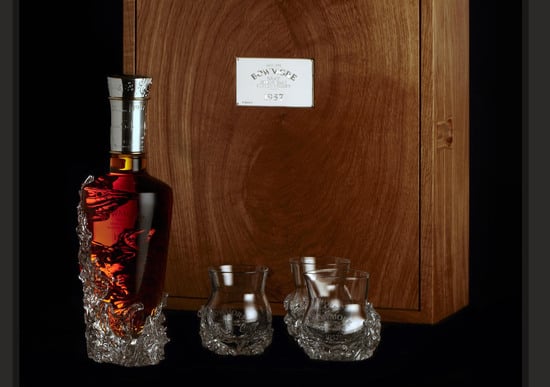 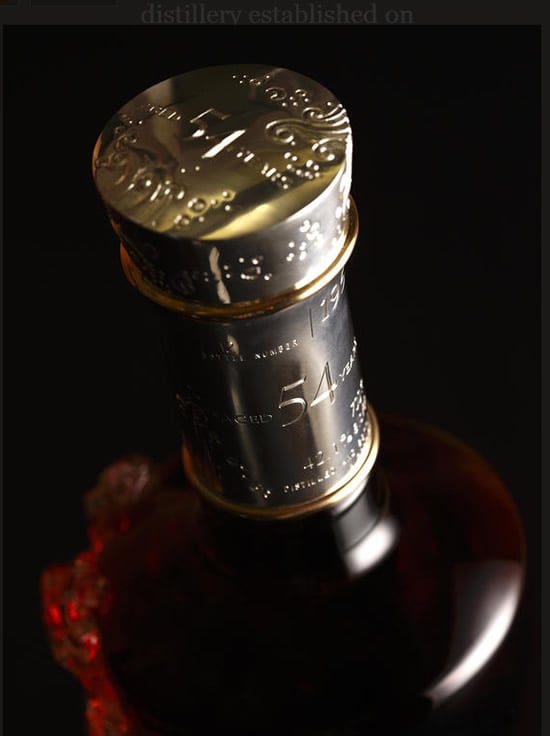 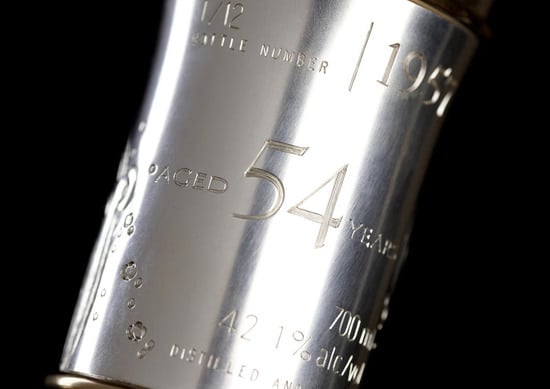 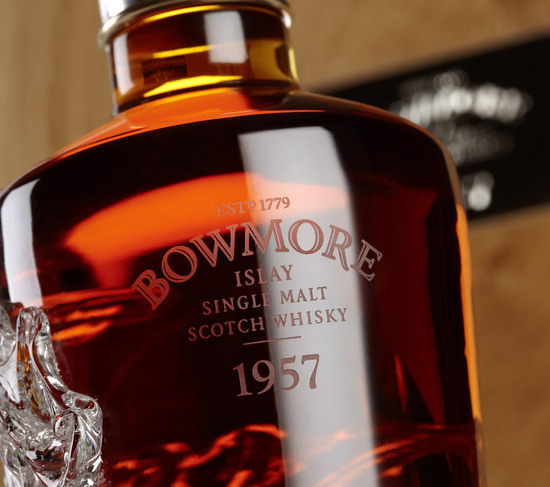 Tags from the story
Most-Expensive, Whiskey