The piano that featured in Casablanca, one of the most romantic Hollywood movies was sold on Monday November 24th 2014 to an unidentified buyer for $3.4 million at an auction in New York. This includes a 12% commission for Bonhams, the auction house handling the sale. One would think this piano must be in a pristine condition for someone willing to pay this price for it, but in fact it has a wad of chewing gum stuck to the underside of the keyboard.

This classic piece is golden yellow with touches of Moroccan green and golden design. This piano has 58 key keyboard instead of the normal 88 keys. The piano appeared on screen showing Humphrey Bogart listening while Dooley Wilson played this piano. Wilson did not actually play the piano but had the keyboard tinkling the song. The piano played an important feature in the movie as Humphrey Bogart hides the letters of transit in the piano. The piano is the center of all the activity in the café. 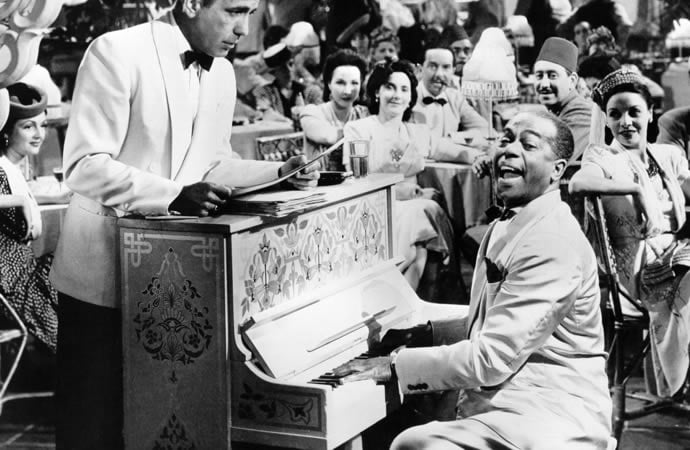 The piano, with its romantic history has now found a new home.