Talk about being in the news and making news! As rare as that is, Broadcaster Chris Evans did just that when he paid £5.5 million ($107, 591, 059 USD) for a 1961 Ferrari 250 GT California Spyder – a new world record price for a car at auction. The 42-year-old multi-millionaire bought the car at a Ferrari sale at Maranello, Italy. The dark blue supercar used to belong to James Coburn, star of The Magnificent Seven and The Great Escape, who died in 2002. Coburn, who appeared in more than 100 films, bought the car second-hand in 1964. Other leading Hollywood actors including Steve McQueen and Clint Eastwood also owned similar cars.

It’s not the first time Evans has splashed the cash on fancy cars. In 2000 he famously bought a Ferrari for his future wife Billie Piper, the day after they met – and filled it with roses. 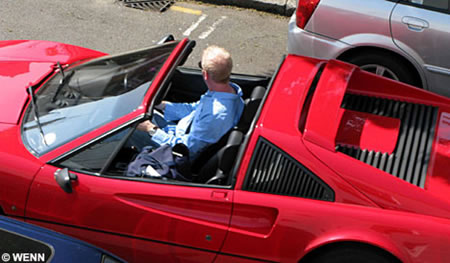