Premier auction house Christie’s is presenting a unique online auction of rare Lunar and Martian meteorites, along with a series of stunning asteroidal meteorites, all of which hold historic importance. The collection includes a slew of cosmic rocks and trove of meteorites that fall to earth from comets or asteroids with some over billion years old. From dramatic jeweled-like polished spheres to raw natural shapes that reveal metallic patterns hidden within, these meteorites are a rare sculptural wonder.

Here is our pick of five of the most fascinating of the 30 collectibles being sold online at Christie’s between 11 and 25 November. If you have ever yearned to own something from out of this world, here is your chance. 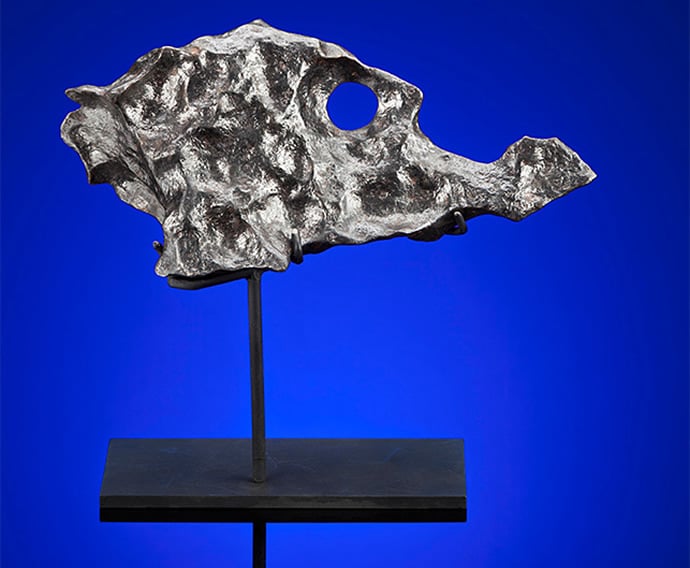 5. The Gibeon
Estimate: $55,000- $85,000
Formed 4.5 billion years ago in the asteroid belt located between Mars and Jupiter, this aesthetically stunning iron meteorite was found by a tribesman in the Kalahari Desert in Namibia. The Gibeon features a naturally formed hole as a result of terrestrialization, or exposure to the elements. This zoomorphic specimen has a multitude of gleaming ridges, which if dissected would evidence a crystalline pattern. 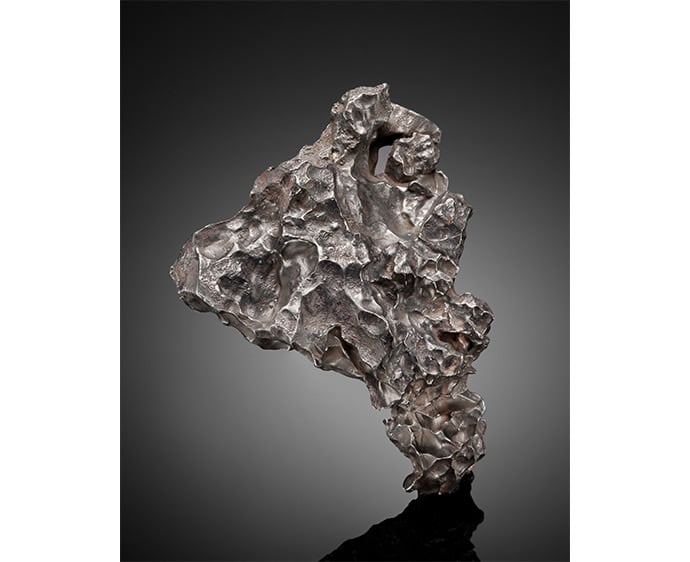 4. Sikhote-Alin
Estimate: $2,500- $3500
Sikhote-Alin is a huge iron, responsible for one of the largest meteorite showers in recorded history. After breaking off from its parent body 320 million years ago, the 70-metric-ton iron mass wandered through interplanetary space until it encountered the Earth. On 12 February 1947 a fireball, brighter than the Sun, exploded at an altitude of about 6 km over Eastern Siberia. Sonic booms were heard at distances up to 300 km from the impact point. A 33-km-long smoke trail persisted for several hours in the atmosphere after the meteorite struck the ground. Many of the fragments penetrated the soil, producing impact holes as large as 26 meters; about 200 such holes have been catalogued. 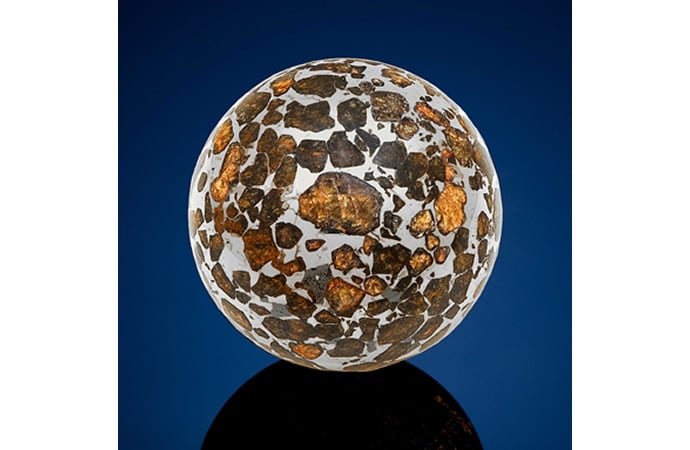 3. A Seymchan Meteorite Sphere
Estimate: $9,000- $13,000
Seymchan is a wondrous three-dimensional presentation of a pallasite, and can rightly be considered an otherworldly crystal ball. Pallasites are formed at the core-mantle boundary of an asteroid that experienced melting molten metal from the core mixed with olivine crystals settling downwards from the mantle. It appears the olivine grains are suspended or floating in a metallic sea – an image not far afield from the actual case in its parent asteroid. 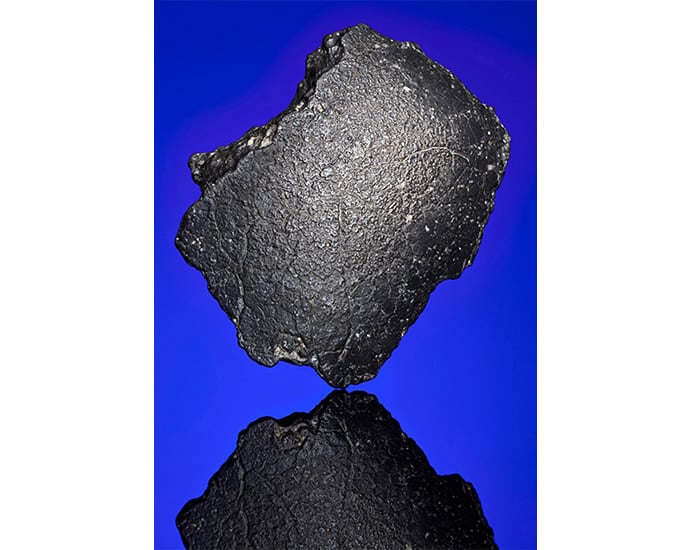 2. Black Beauty
Estimate: $75,000 — $100,000
“Black Beauty” is the nickname given to a unique, shiny black Martian meteorite that was recovered in the Sahara in 2011. The formal name of the meteorite is Northwest Africa (NWA) 7034. It is one of only 80 meteorites found on our planet that come from Mars. Black Beauty is also unusual in that it contains 10-30 times more chemically bound water than other Martian meteorites, probably a reflection of the water-rich magma from which it crystallized. 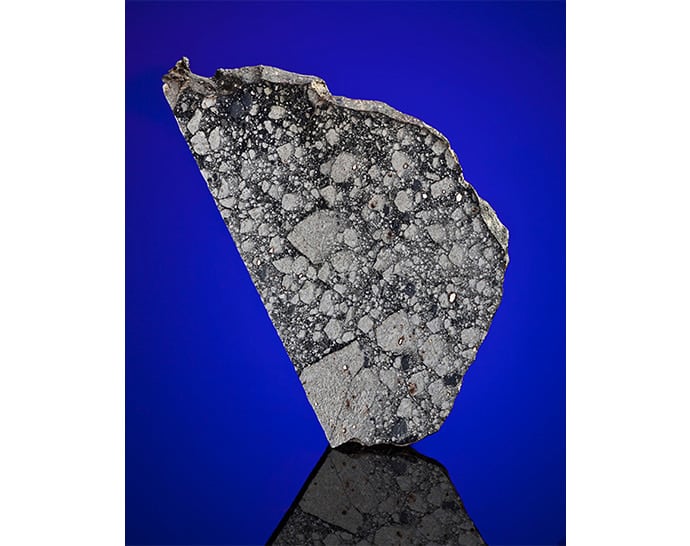 1. NWA 5000
Estimate: $140,000 — $180,000
This cubic-shaped meteorite found in southern Morocco in 2007 is the most expensive meteorite up for sale at this auction. NWA 5000 (the NWA stands for North-west Africa) represents a previously unchartered part of the moon and this large slice is a beautiful breccia made up of large fragments of 4.5 billion year-old metal. The rock has a two-toned appearance. It is the largest lunar meteorite that consists mainly of igneous rocks from the lunar highlands and is one slice of the moon worth bidding for.