If being the highest grossing animated film at the box office was not enough, Disney’s “Frozen” will now be presented as a theatrical on the Disney cruise line- The Disney wonder. The musical version promises to be a livewire just like its animated counterpart and will be titled – “Frozen- A Musical Spectacular”. 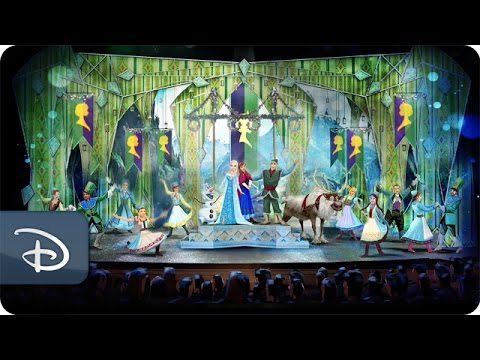 If “artists maketh the show” stands true, this musical is destined to be a hit. The creative powerhouse behind the show consists of Tony Award-winning costume designer Paloma Young, choreographer Josh Prince and scenic designer Jason Sherwood. The show is written by writer Sara Wordsworth and will be directed by Tony Award-nominated director Sheryl Kaller of “Next Fall” and “Mothers and Sons” fame. Like its film version, the musical will depict a captivating story of sisters Anna and Elsa in their quest of discovering sisterhood, inner strength and true love. The beloved jingle, Let it Go will also be a part of the show, all-inclusive of snow flurries and live special effects. The guest on the cruise will also get to witness some live puppetry by famed artist Michael Curry for characters like Sven and Olaf.

The show will debut from November 10, 2016 on its cruise from Galveston, Texas and will be performed in the 977-seat Walt Disney Theater. With a live “Frozen” musical already staged for guests in Disney California Adventure and another in pipeline in Denver, this ship version also promises guests a spectacle of dynamic sets, over the top theatrics and some never seen before special effects. While the movie grossed $1.3 billion worldwide, it’ll be worth knowing what fate the high seas behold for Disney!

Tags from the story
Cruise-Ship, Disney