Elizabeth Taylor was quite an iconic force in the cinematic world, and post her demise, her spirit still lingers on. After the makeup room trailer, it was the turn of a shimmering gold cape, from the movie Cleopatra she donned for her title role in two crucial scenes in the 1963 film, to go under the hammer. It fetched a staggering $59,375 under the hammer at the Heritage Auctions. The piece of cinematic interest was purchased by an anonymous East Coast collector.

The cape sports wings of a Phoenix and has been crafted using thin panels of gold-painted leather set with hand-stitched gold beads and sequins. Taylor was spotted with the cape in two scenes: the first being Cleopatra’s dramatic entrance to Rome and the queen’s dramatic “exit” by asp bite. 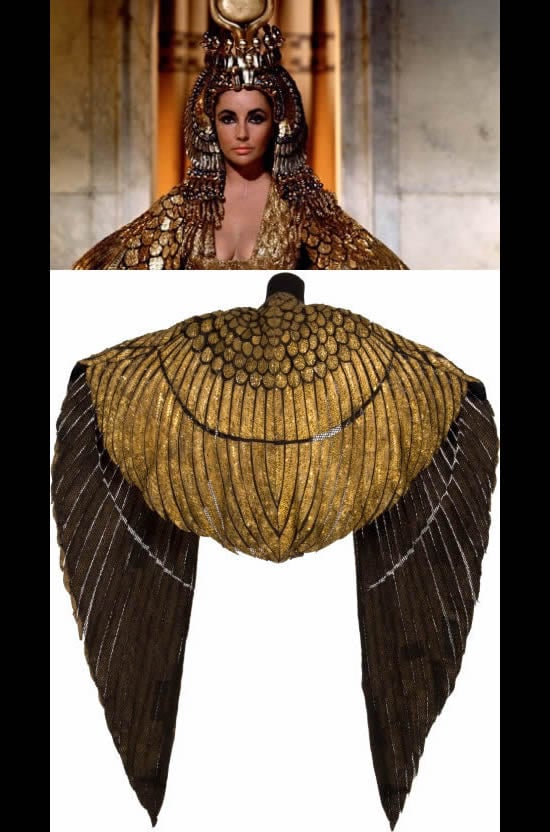 Tags from the story
Hollywood, Movie