When it comes to the whims of collectors, almost anything can fetch millions. And proving this as true is the sale of an eclectic hippo-shaped bathtub that was recently given away for a whopping $4.3 million at Christie’s La Ménagerie sale in New York. The unique piece was created in the year 1969 and boasts a solid make of welded brass and copper.

As per reports, the hippopotamus shaped bathtub by François-Xavier Lalanne is a representation of an African beast. It boasts a sink and vanity folded into its maw and a full bathtub inside its body. The exotic piece was purchased by its last owner for $168,000 at a 2006 Sotheby’s auction and has now gone on to fetch almost 2,500% of its price on sale. 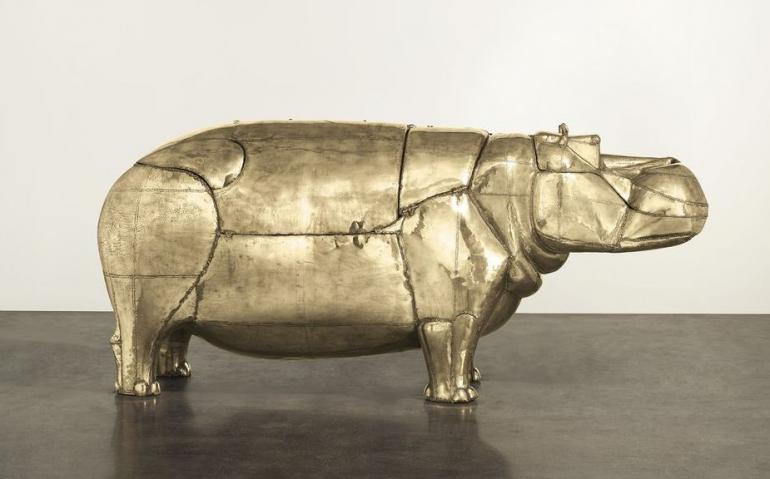 While the tub was the quirkiest item in the lot, the Christie’s auction also displayed 31 other artifacts including various animalic design objects and sculptures. Noteworthy pieces comprised sleek leopards by Rembrandt Bugatti, a cheeky Boston terrier sculpture by François Pompon, and an owl perched in a Diego Giacometti tree, in addition to the hippo shaped tub.

Commenting on the auction, Vanessa Fusco, senior specialist of impressionist and modern art at Christie’s, in a statement said: “Rather than limiting it to artists, we thought to do a thematic sale—how sculptors in the 20th century looked at animal subjects, and how they interpreted things from the animal kingdom.” While the details of the buyer are unknown, the hippo shaped tub sure rests wealthy hands as of today!