Prop Store, one of the world’s leading film and TV memorabilia companies, made movie fans happy yet again with its seventh installment of auctions to tickle our cravings and love for movie memorabilia. This time more than 900 pieces worth $5.6 million were made available at the Prop Store auction on Dec. 1 and 2. Here’s hoping that Mace Windu’s Lightsabers from last year’s lots may have united with Obi-Wan Kenobi’s hero lightsaber from the auction this time. The ultimate cool-dude garb also went under the hammer- Pete ‘Maverick’ Mitchell’s bomber jacket as worn by Tom Cruise in ‘Top Gun’ made someone too-cool-for-2020! The auction was live-streamed, and bids were placed online or by phone from all over the world. This fantastic collection of over 900 artifacts for movie fans has sold for massive amounts. Let’s find out which fan took home which crazy souvenir and for how much-

8. Joker’s Fedora, $40,000
Jack Nicholson played the iconic antagonist in Tim Burton’s superhero film Batman. At various points throughout the film, the sassy gangster was seen sporting this purple hat that is made by New York hatmaker Dobbs. The fedora is made of rich purple felt, featuring a black band and black ribbon around the cap. 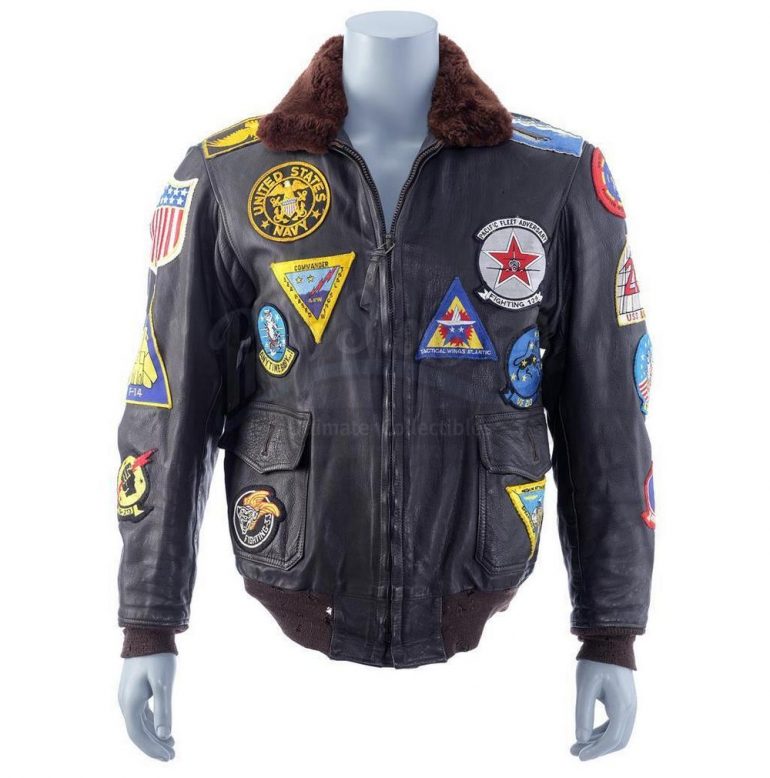 7. Pete Mitchell’s Bomber Jacket, $54,000
The love for ‘Maverick’ will always remain unchanged and won’t ever fade. It has been 34 years since Tom Cruise first took to the skies as Maverick, but the wink, the smirk, and the bomber still make hearts flutter. The bomber jacket features several patches on Maverick’s bomber, including the “Anytime, Baby…!” and Fighting-33 emblems on the right side. The jacket is in excellent overall condition and sold for $54,000. 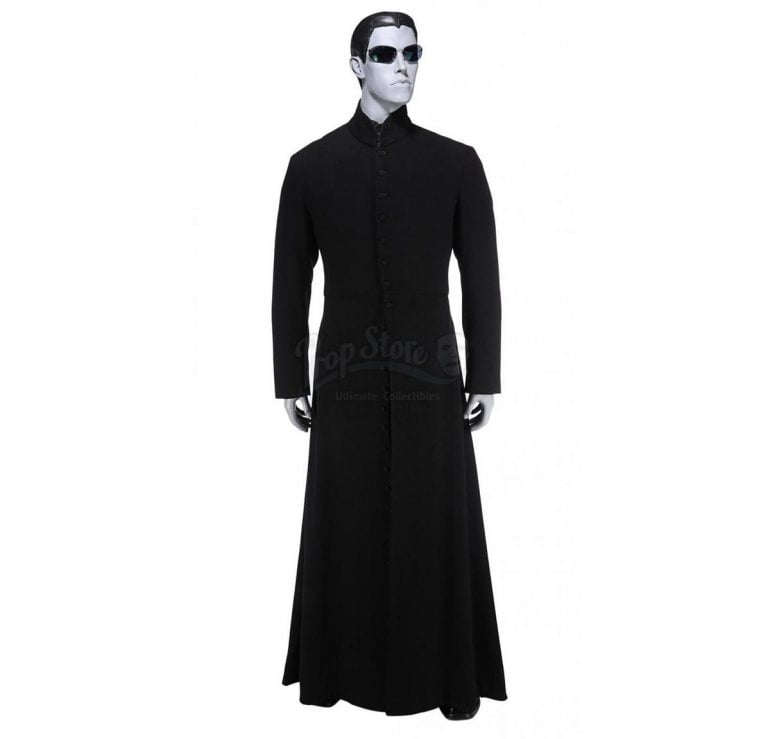 6. Neo’s Complete Costume, $67,000
The Matrix Reloaded wouldn’t be the same without Neo’s costume; it was, after all, his uniform of sorts that saved the human race from extinction. If this doesn’t grab the respect and money of fans, then what does? The black costume consists of a pair of micro sunglasses featuring green-tinted lenses, a full-length ecclesiastical-style textured woolen coat, a cotton shirt which displays a mandarin collar, a set of cufflinks; a Zimmerli T-shirt, a pair of Trafalgar elasticized braces; a pair of trousers and a pair of Andre #1 patent lace-up boots.

5. Conan’s Atlantean sword and four behind-the-scenes photos, $67,000
John Milius’ fantasy film Conan the Barbarian had two stars, Arnold Schwarzenegger and the Atlantean sword. This beautiful weapon created by legendary artist Ron Cobb is made of resin and is painted silver to look like steel, with a cord wrapped around the handle as a grip. It is accompanied by four behind-the-scenes photographs- Schwarzenegger in his Conan costume, relaxing in a chair; Schwarzenegger posing with an extra, and a large group photo crewmembers sitting on the steps of the Temple. 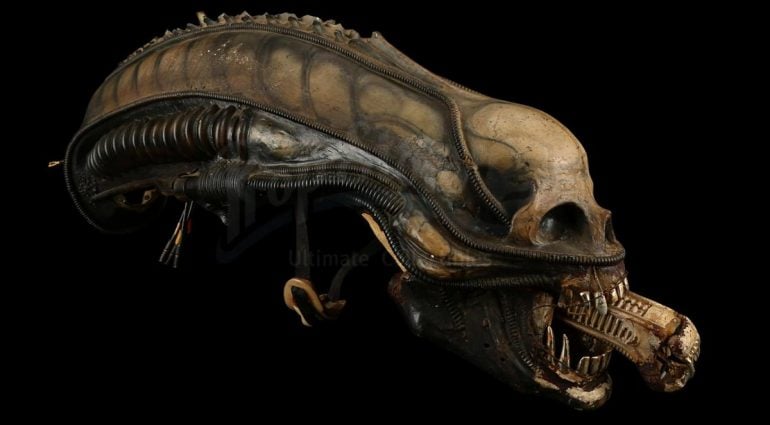 4. Special Effects Mechanical Alien Head, $67,000
H.R. Giger designed special effects mechanical alien head from the production of Ridley Scott’s sci-fi horror Alien. The head is made of resin and fiberglass and looks absolutely terrifying with a human skull, combined with resin teeth with metallic plating. A head cap is fitted within, allowing the head to be comfortably worn by the Alien performer. 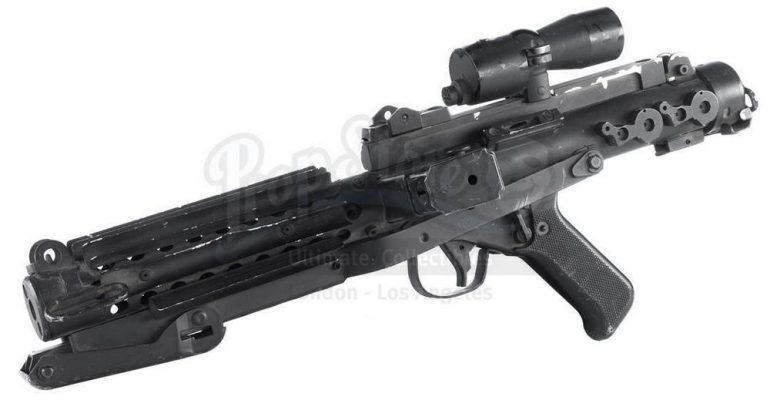 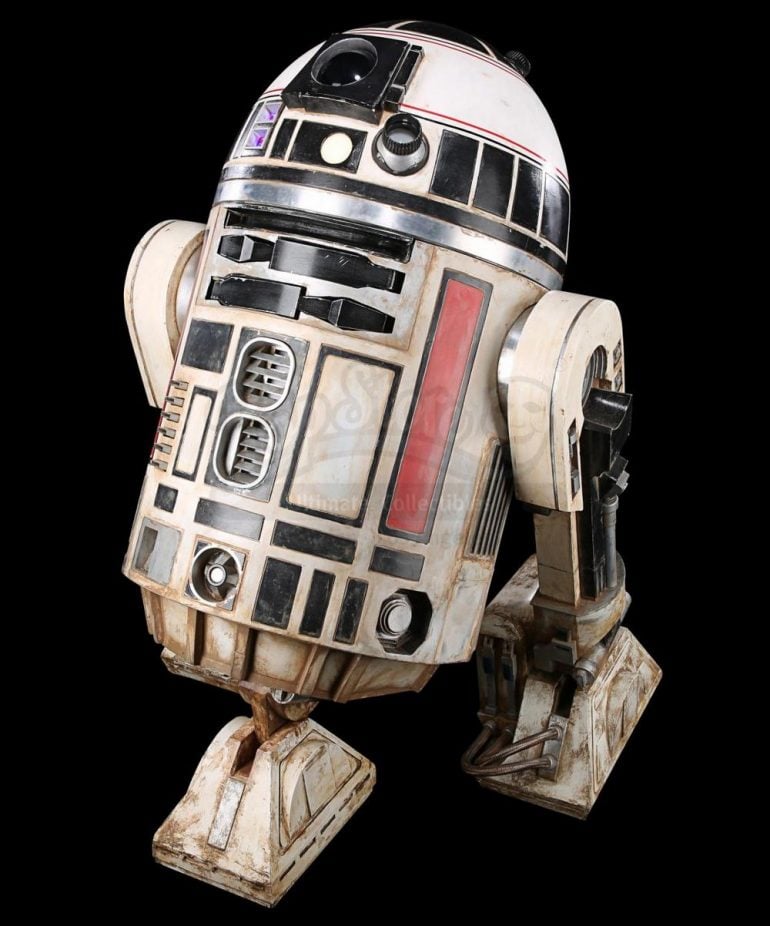 2. Light-Up Remote-control R2-S8 Droid, $1, 61,000
Can we truly live in a world that doesn’t have a full-size light-up remote-control R2-S8 droid? Certainly not! This R2-S8, powered by battery, can be driven by remote control with a rotating dome and impressive light effects. It comes autographed in a blue pen by R2-D2 performer Kenny Baker. 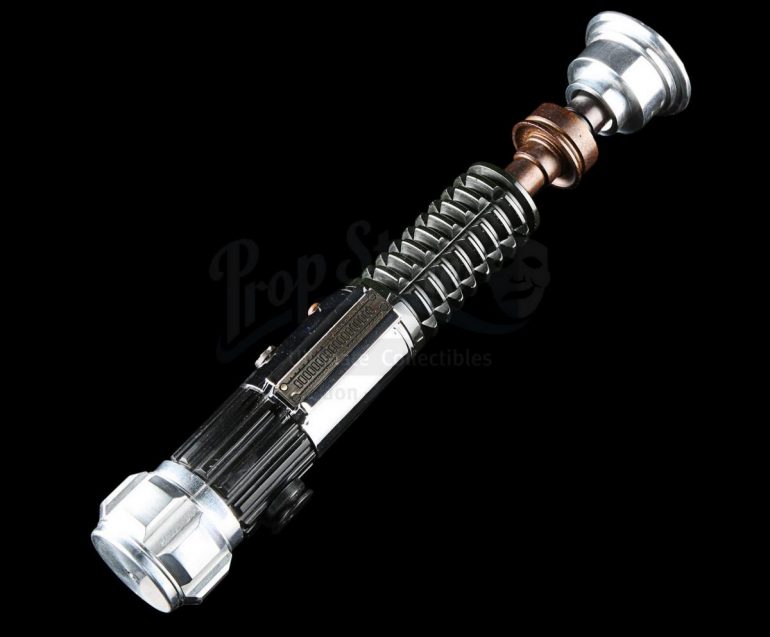 1. Obi-Wan Kenobi’s Hero Lightsaber, $1,61,000
George Lucas’ Star Wars: Revenge of the Sith saw Obi-Wan enthral fans with his lightsaber in various scenes throughout the saga and it stayed with him till the end. The lightsaber is made of a combination of machined aluminium and cast resin detailing, with a metal core running through the body of the weapon. It measures 28 cm x 5 cm x 5.5 cm.