What could the 1937 Hindenburg disaster have to do with luxury? A little birdie tells us there is a lot, in fact. When the LZ 129 Hindenburg caught fire and crashed, of the 97 onboard, 35 people on board perished. However, a clever firefighter salvaged bottles of beer from the wreckage back then in 1937 when it came crashing down. The Hindenburg beer or how it is now famous was Lowenbrau beer, and 6 bottles and a pitcher were recovered in total. One of the bottles is now up for auction and is estimated to fetch $8,337. 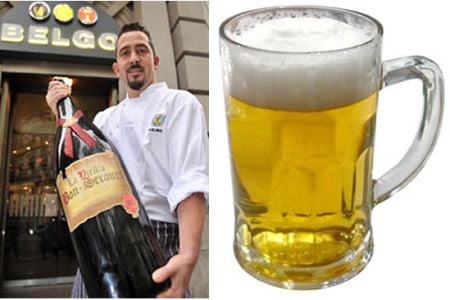 If you feel like that, you could try the world’s most expensive beer, which can actually be drunk. The 12-liter bottle of Vieille Bon Secours ale comes with a brewski, which tastes a complex citric, caramel, and toffee flavor. Muir Picken at the Belgo Restaurant where the bottles are available reveals that each bottle costs $1,170. You could also check out Carlsberg’s Vintage No. 2 beer which is also ridiculously expensive.
Via: Trend Hunter, Telegraph