Potter Mania just doesn’t seem to end. While every other year revealed a gripping new edition of the Harry Potter series, now that the succession has seen its official end, one may think the potter fever will subside. But this is one saga that if at all, will only die-hard! The infamous author of the legendary series, J.K. Rowling is back in headlines, and this time it is for auctioning a rare copy of “The Tales of Beedle the Bard”. 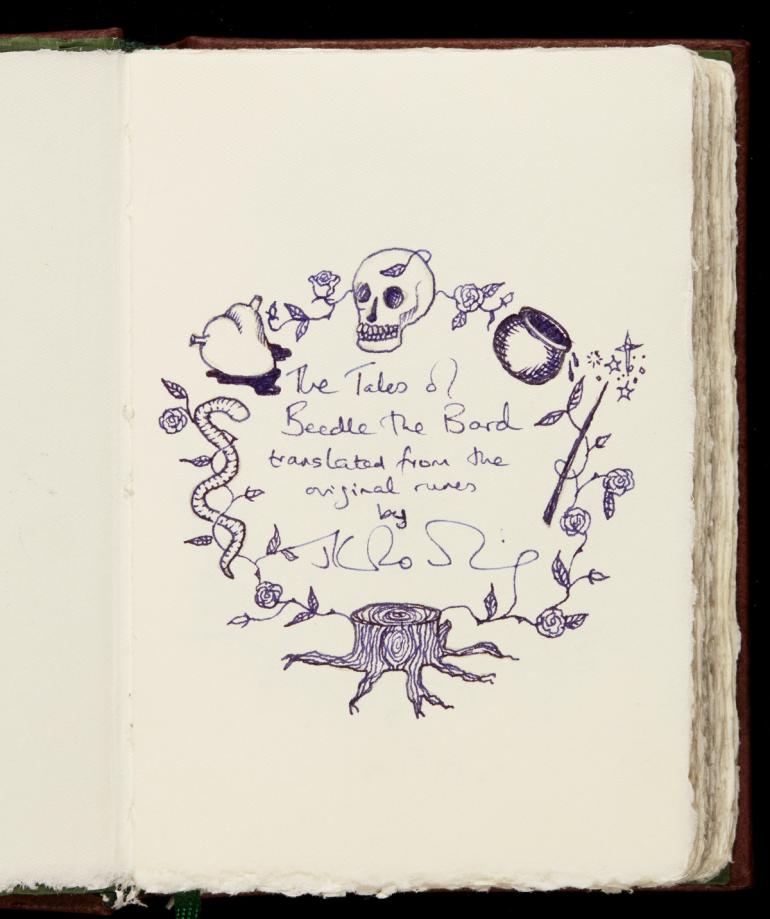 The exciting book is created, handwritten, and illustrated by Rowling and was initially produced in 7 numbers alone. Each of these 7 editions was meant to be an exclusive gift for ‘those most closely connected to the Harry Potter books’, and was reserved for the most important people in Rowling’s life. The manuscript also contains a personal inscription by the author to the editor and Publisher (Barry Cunningham) who launched her career, in words that read – “To Barry, the man who thought an overlong novel about a boy wizard in glasses might just sell… THANK YOU”. The copy which will be auctioned is also one that was originally presented to Rowling’s dearest publisher who had famously accepted the first Harry Potter book for publication.

The rare presentation copy that comes bound in classic morocco leather with a special embellishment of seven rhodochrosite stones, will go under the hammer along with its original packaging. The exterior of the book is further adorned with sterling silver ornaments, centered around a menacing skull. Another copy of the book was also previously auctioned at Sotheby’s for a record-breaking £1.95 million, the proceeds of which were directed to Rowling’s own charity- Lumos. This special “The Tales of Beedle the Bard” copy will be on sale at the auction house from 9 December to 13 December.