While most men out there have secretly dreamed of being the next James Bond, it is certainly a farfetched reality. However, one now has a chance to notch up the 007 admiration by owning the original James Bond Rolex donned by actor George Lazenby in the 1969 flick: On her Majesty’s Secret Service. Yes, that right! The legendary timepiece will be auctioned as a part of the Fine Watches sale to be held by the French Auction House, Artcurial. 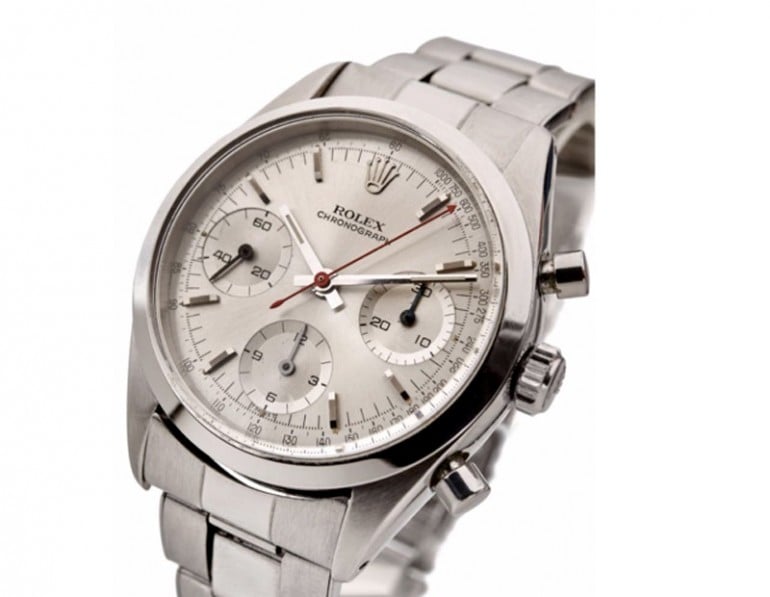 Now replaced with Omega Rolex and Bond have had a long drawn affiliation, this Ref. 6238 piece is special for more reasons than one. For starters, the watch plays a Crucial Role in the 1969 film (Catch the film to know more) and is in top shape despite its 50 years. If this is not enough, the pre-Daytona chronograph is a made to order piece with a red second hand instead of the stereotypical stainless steel silver. It is custom crafted by Bucherer, one of the prime watch retailers of the time.

Artcurial will hold the auction on July 18, and while it will showcase 32 other Rolex watches as a part of the collection, this classic piece is certain to steal the show. To add to the pride of owning a James Bond accessory, the winner of the sale will also be given the original invoice copy, which comes with handwritten words, “This is the watch for James Bond.” While the last of Bond’s watches, a Submariner wore by Roger Moore in Live and Let Die fetched $373,319 on sale, it will be exciting to see what price one will have to pay to take this beauty home.

Tags from the story
James-Bond, Rolex