A highly-publicized and recent auction of US President John F. Kennedy’s memorabilia in Massachusetts sealed the popularity of this celebrated personality. Among the items that were sold, two of them clearly stole the show. A schedule of President Kennedy’s final hours made by Dave Powers surpassed expectations by 1200% and sold for an outstanding $65,000, despite being estimated at $5,000. It records the details of the President’s movements on November 21-22, 1963. The President’s Air Force One bomber jacket proved to be most sought after and sold for a shocking $665,500 ($570,000 bid and a buyer’s premium of just over $95,000)!

The auction, which included hundreds of John F. Kennedy’s personal items, all belonged to David Powers, a longtime aide of the President. The auction drew people from New York, New Jersey, New England, and many more places. 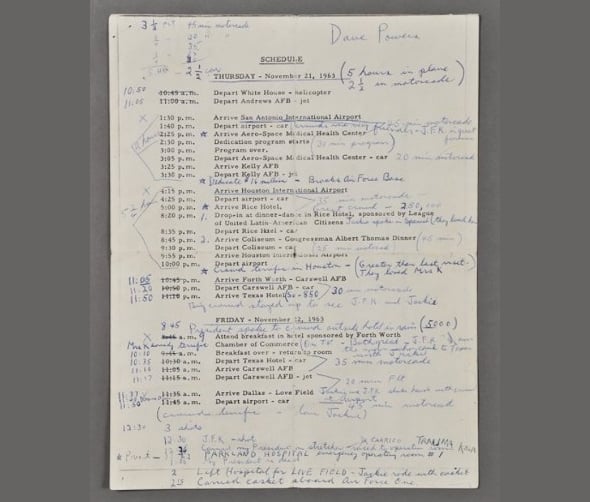 Tags from the story
Memorabilia