Anything related to celebrities and stars has the full potential to create a stir. Be it their portrait, costume, accessories, jacket, pants, even underpants, boots, or tea cups. At such a rate, wonder how much the most famous images of supermodel Kate Moss would sell for at the Christie’s auction this fall. Already taking into consideration the model’s popularity, even with the silliest of things related to her, going under the hammer for large sums, we are assured, this is going to be one of a kind auction that would fetch millions. The works assembled by German collector – Gert Elfering is estimated to be worth 1 million pounds ($1.5 million).

The lot includes a shot of Moss encased in bronze glitter by Allen Jones along with other images by well-known photographers, including Annie Leibovitz, Bruce Weber, Mario Testino, Sam Taylor-Wood, and Irving Penn. Among these is also a 1992 image of Moss nude on a couch by Mario Sorrenti, valued at $45,000 to $75,000; a 2002 image by Craig McDean of Moss wearing a jacket and reading “God Save the Queen,” with an estimate of $60,000 to $90,000, and a 3-D hologram image on a lightbox by Chris Levine estimated at between $152,000 and $227,000.

READ:  Extremely rare camera film roll from Apollo 11 with iconic photos of the lunar landing is up for grabs 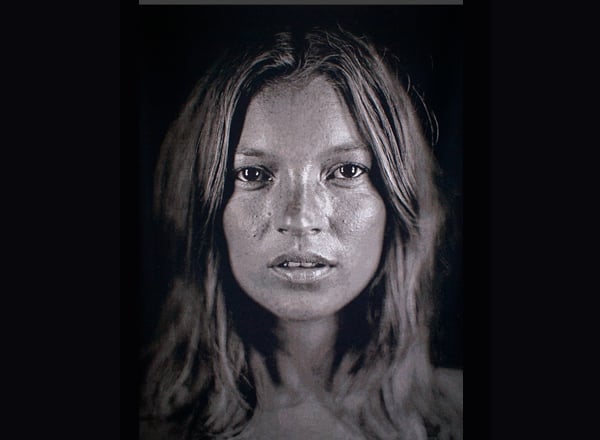 Alongside photographs is a Peter Blake collage, a Jacquard tapestry by Chuck Close, and – a must for every living room – an 18-carat gold sculpture of Moss as a naked angel by Nick Knight.

The works will be sold at Christie’s in London on September 25. 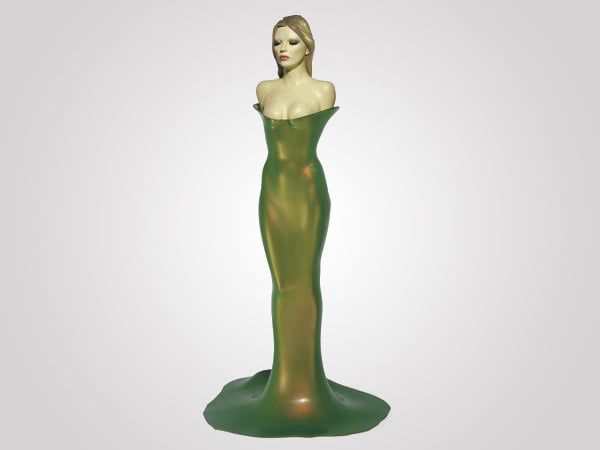 This life-size glass-reinforced composite sculpture “A Model Model” sold for $214,066, the highest price at the auction.

READ:  From India to Iceland and more - Are these the best destination wedding photos ever?
Tags from the story
Kate-Moss, Photo