How much would you pay for a painting that is sized just as big as a post-it note? Well, if it’s a Da Vinci, you may need to shell out a whopping $12 million for it. Yes, that’s right! The iconic artist’s rare sketch was recently auctioned for the said price at Christie’s. 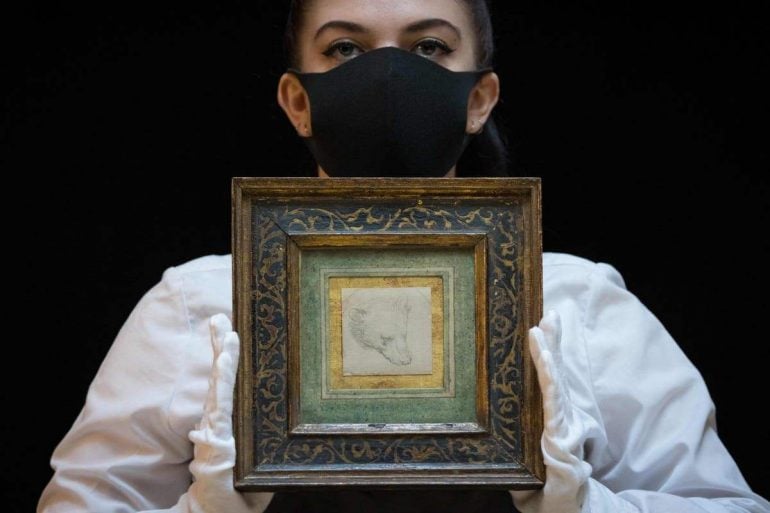 Called “Head of a Bear,” the piece was created using a technique called silverpoint, which involves artists using a thin, silver wire held on a makeshift stylus to make etchings on paper. It measures 2.7-by-2.7-inch and has been purchased by an unknown buyer at Christie’s London on July 8 as part of the “The Exceptional Sale.”

Commenting on the painting, Christie’s stated, “The drawing was executed in silverpoint on a pale prepared paper, an incisive and demanding technique which Leonardo was taught in his youth by his master Andrea del Verrocchio, the leading artist in Florence at the time.”

The auction house further noted that despite its small size, the sketch is “an exquisite demonstration of Leonardo da Vinci’s unsurpassed mastery as a draftsman and of his ground-breaking attitude towards the study of nature.”

It was previously held in the private collection of British portrait painter and collector of old master drawings, Sir Thomas Lawrence, and was surprisingly sold for just $3.40 in 1860, which equals $428 as of today.

Tags from the story
Christie's, paintings