The Star Wars has proved yet again that it is still the favorite among the people by fetching one of the highest bids at the recent auction held by Hollywood auction house, Profiles in History. The lightsaber used by Luke Skywalker in the series fetched the Star Wars producer Gary Kurtz, a cool £133,000 ($207,743). Actor Mark Hamill used the lightsaber, which was made from an old photography flashgun, in both the original Star Wars: a New Hope and The Empire Strikes Back. That’s not all, An original section of the Death Star from the first 1977 movie also fetched £13,300($20,778) while the C-3PO’s helmet and robotic hands worn by British actor Anthony Daniels in the Star Wars: Return of the Jedi movie sold for £66,444 ($103,781) and £20,000 ($31,222) respectively.

The other items on sale included the original set of the three Lord of the Rings books, the first British edition of Ian Fleming’s You Only Live Twice, memorabilia from the hit Gremlins movies, Christian Bale’s Batman cowl from the 2005 film Batman Begins and many more. Arnold Schwarzenegger’s signature T-800 Terminator costume from the 1991 film Terminator 2: Judgment Day was another favorite and fetched £13,310 ($). But the Star Wars memorabilia was definitely every bidders favorite proving once again the soaring popularity of this universal Epic. 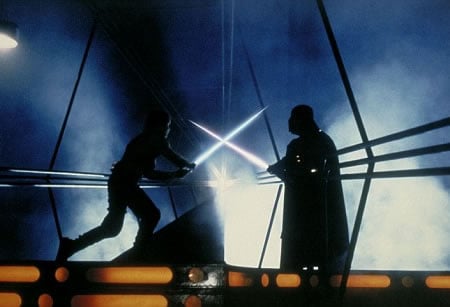 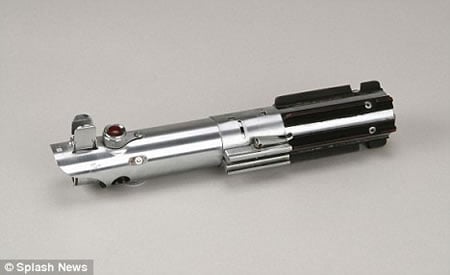