The late King of Pop, Michael Jackson was known for his queer sense of style and art. Apparently the star had commissioned Italian furniture maker Colombostile to deliver unique items for a London Mansion he was supposed to live in during the run of his “This Is It” tour. But the star, unfortunately, died before the furniture maker could deliver the goods. Now banking on the star’s popularity after his death, Colombostile has returned the $700,000 to Katherine Jackson and plans to auction the items off shortly. Among the items commissioned was a $120,000 sofa (apparently Michael’s favorite) that measures 15 feet long and is inlaid with onyx stones. Michael had even planned to use this grand sofa as a prop on stage during the tour. Michael had ordered a red velvet sofa whose pillows were made out of the same fabric as Michael’s costumes for his bedroom. There is also a $110,000 handmade desk that has been modeled after a desk given to King Louis XIV. The desk even features a secret compartment.

Among the many chairs that the star had ordered is a unique chair that is covered in shells for his “Little Mermaid” themed room. Michael also bought one chair specifically for his friend Elizabeth Taylor, for whom he was designing a room in his London home. Other chair contains hand embroidered 24k gold and was modeled after furniture from Tsar Nicholas II’s collection. All these unique luxurious furniture pieces depict the King of pops unique taste and are sure to fetch millions in auction. 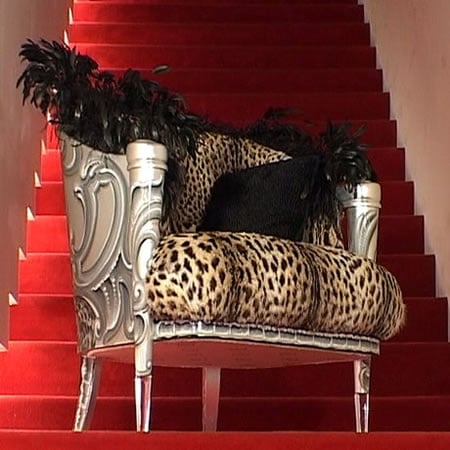 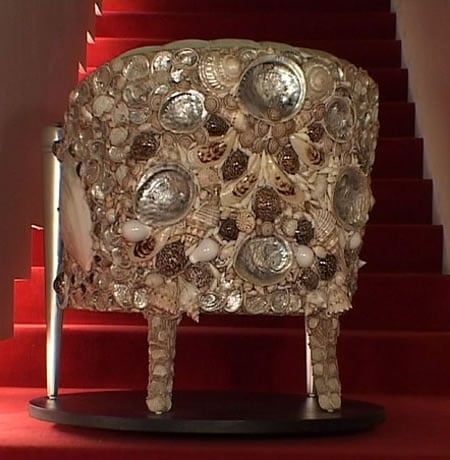 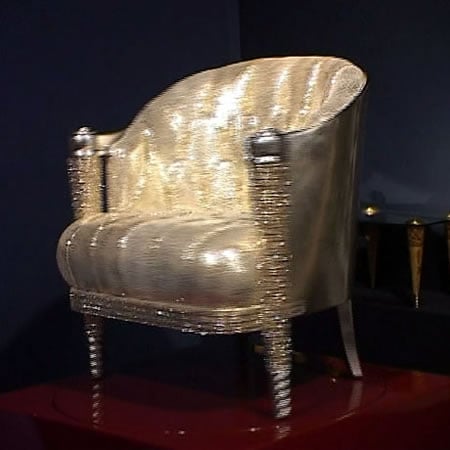 Tags from the story
Furniture, Michael-Jackson