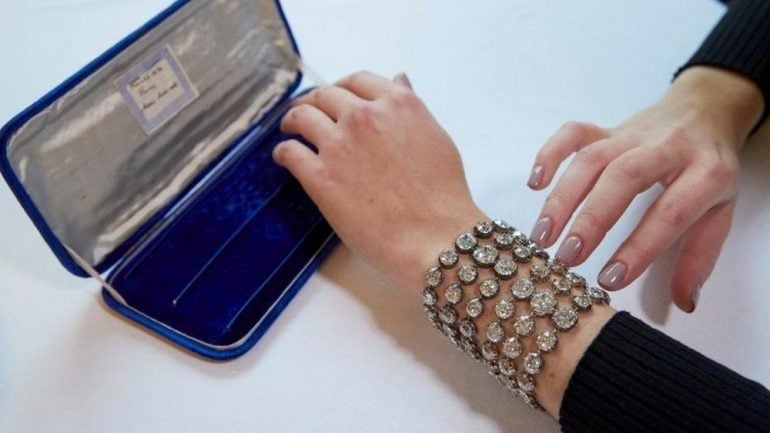 The exclusive bracelets were stated to be in possession of Antoinette’s family for over 200 years and were sold to an anonymous telephone bidder on Tuesday ( November 10, 2021). The pair was valued between $2 million to $4 million, which, however, ended up selling for double the amount.

Commenting on the sale, Francois Curiel, Europe chairman for Christie’s auction house, in a statement, said, “These bracelets traveled through time to recount a most important era of French history, with its glamour, glory, and drama.”

The Auction house further stated that the “extraordinary bracelets are the only example to include diamonds belonging to her (Antoinette) and to retain the exact design described” in an inventory of her possessions from 1794.

Tobias Kormind, the managing director of Europe’s largest online jeweler, 77 Diamonds, also added, ‘This evening’s auction was both shocking and fantastic. ‘An amazing result for bracelets owned by Marie-Antoinette, who was confirmed as true royalty, while the Duchess of Windsor, who appeared more of an impostor royal, whose bracelet seemed to have lost its luster, despite being fashioned from prized Burmese rubies and commissioned from jeweler to royalty Cartier.

‘Whichever way you look at it, being able to own a piece of history from someone you can read about in books is so powerful. If you can’t make history, then the next best thing is to own a piece of it. Newly uber-wealthy collectors still aspire to the magic and halo effect of royal provenance,” he further noted.

The exquisite pieces of jewelry include 112 diamonds placed on three strings per bracelet, neatly placed inside a blue velvet box labeled “bracelets of Queen Marie Antoinette.” As per Christie’s spokesperson, the pair was sold for $ 6.8 million, but with commissions and fees added in, the total price went up to $8.18 million.