If you’re an MJ fan, here’s news that you cannot overlook! The musical legend’s iconic moonwalk socks will soon go on sale as part of New Jersey-based auction company GottaHaveRockandRoll’s Frank DiLeo collection. The sparkly pieces of wonder are being offered for a sum too high – an estimated $1 million to be precise. Yes, that’s right! 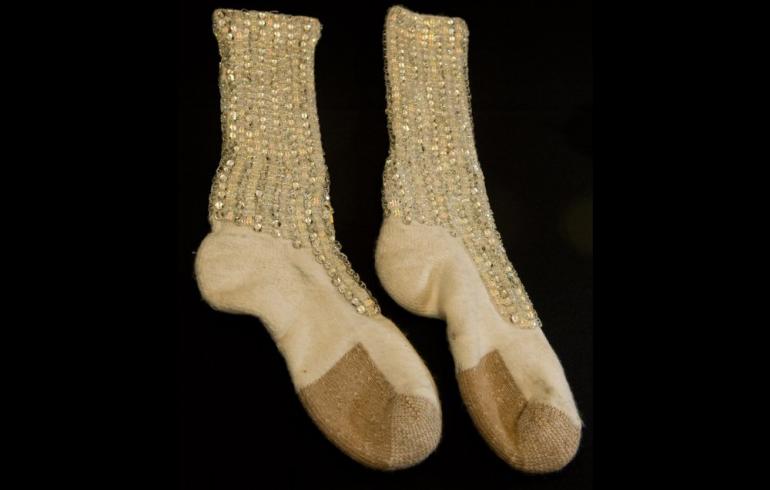 The crystal-encrusted socks were worn by the late singer during a TV performance of Billie Jean in 1983 where he showed off the moonwalk for the very first time. They were gifted by Jackson to music executive Frank DiLeo who signed him to Epic Records and managed him from 1984 until 1989.

In addition to the glittery socks, the lot also includes a signed letter from Jackson to Frank – thanking him for keeping him ‘on his toes’ during his Victory Tour. It also comes with a certificate of authenticity and as well as a letter from Frank’s wife, confirming that the whacks on offer were indeed worn by the singer during the debut of the moonwalk.

Other items up for grabs include original gold and platinum awards for Thriller, Dangerous, Bad, This Is It and Off The Wall, as well as a prop sign used in the film Moonwalker in 1988. The auction will be held from 13 until 22 November at Gottahaverockandroll.com. You may want to attend it if you’re in a mood to splurge!

Tags from the story
Michael-Jackson