Last Wednesday saw Bonham’s London auction the most expensive Russian painting in history – a Modonna Laboris painted in 1931 by artist and philosopher Nikolai Roerich. Before the auction, the Director of Russian Art at Bonham’s in New York, Yalena Harbick, had predicted the painting would be an instant success with international collectors. And that’s exactly what happened. Madonna Laboris was a highlight at the auction and sold for a whopping $12 million (£7.9 million), elevating the demand for Russian Art in the international market. The winning bid went to an anonymous telephone bidder.

The Madonna Laboris portrays the Virgin Mary inside the blue, glowing walls of heaven, letting down her scarf to help souls climb in. The painting is known for its “balanced and harmonious composition, rich and saturated tones of turquoise, cerulean blues, sea-foam greens with black and fiery-red accents.” The painting was known to be a lost treasure until it re-emerged in a private collection in the US. A rare piece of art, Madonna Laboris is one among the series of works depicting Great Female Deities of the World by Nikolai Roerich, which was once an obsession with the artist.

READ:  World’s most expensive Easter egg is encrusted with 1,000 diamonds and costs £5million 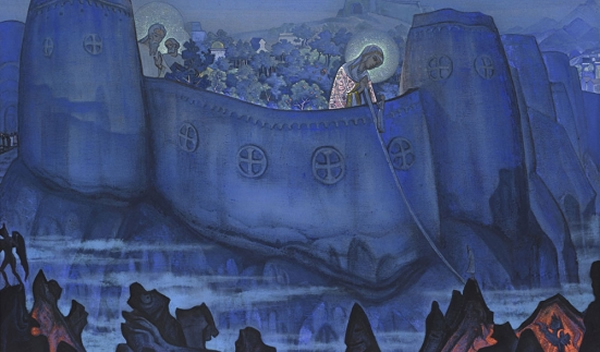