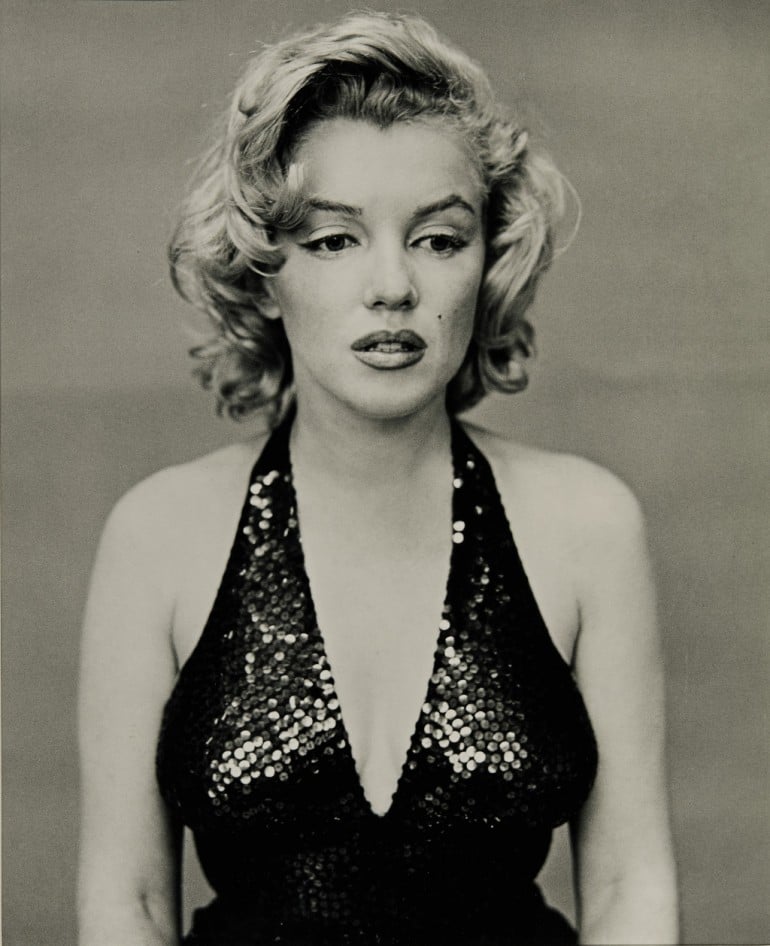 3. Marilyn Monroe by Richard Avedon, 1957
“For hours she danced and sang and flirted — she did Marilyn Monroe. And then there was the inevitable drop. And when the night was over and the white wine was over and the dancing was over, she sat in the corner like a child, with everything gone. I saw her sitting quietly without expression on her face, and I walked towards her but I wouldn’t photograph her without her knowledge of it. And as I came with the camera, I saw that she was not saying no,” Avedon once said of this portrait. 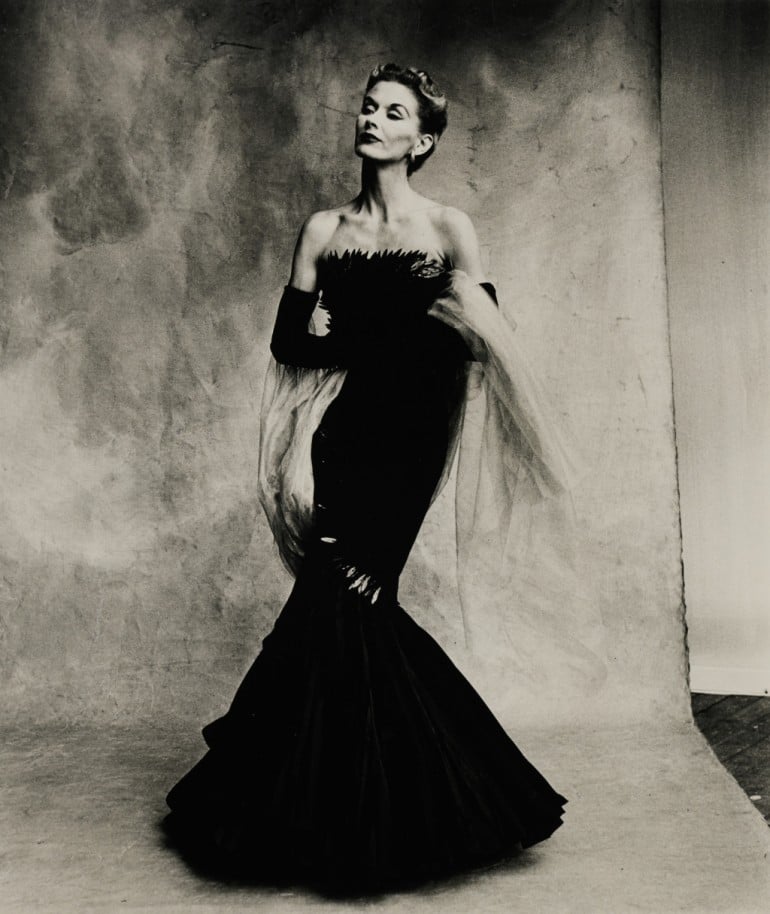 2. Rochas Mermaid Dress Paris by Irving Penn, 1950
It’s impossible to look away from the haute couture drama of this 1950 photograph. Swedish beauty Lisa Fonssagrives-Penn epitomizes grace and glamor in this stunning photo. 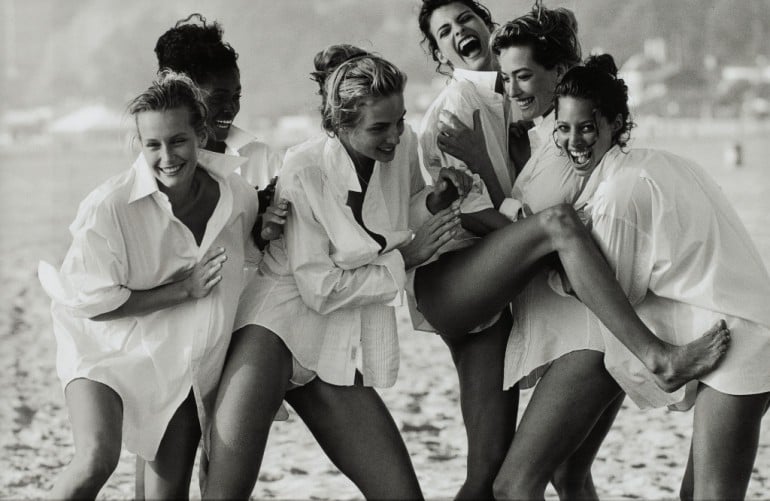