A scarce white variegated Rhaphidophora Tetrasperma plant was recently sold for a whopping sum in an online auction over the weekend. It fetched a cool $19,297 to become “the most expensive houseplant ever sold” on the public sale website – ‘Trade Me.’ 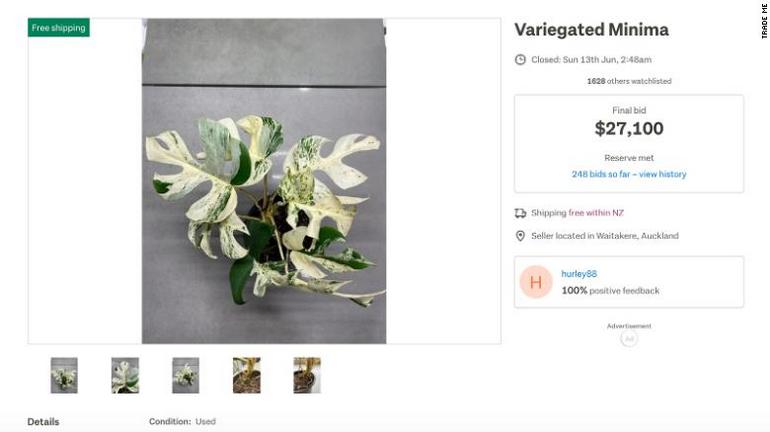 The variegated minima is a variety of philodendron minima, which is a vining plant that is native to tropical forests. Variegation refers to the coloring of the leaves, which happens by mutation, which in this particular case, has given out an extremely rare result.

The plant boasts eight leaves, with the ninth just about to uncurl. Each leaf is said to have excellent variegation, and the stem is said to be well rooted in a 14cm pot. Commenting on it, Trade Me spokeswoman Millie Silvester said, “After a heated bidding war in the auction’s final minutes, the rare plant had over 102,000 views and more than 1600 watchlists which just goes to show how much Kiwis adore houseplants.”

“Houseplants have become the ‘it’ item over the last couple of years; we’ve seen prices creep up and up as more Kiwis jump on this new trend,” she further added. There were 248 bids for the plant in total, and it was finally sold to a bidder named “meridianlamb.” Well, a green revolution sure seems to be in the making!