Whisky is one of the most celebrated spirits across the world today and one can find several occasions to enjoy a peg of their favourite whisky. This year marks the tenth anniversary of World Whisky Day and while things may be a little different this year; all the more reason to mark the occasion and raise a glass to all we still have to be thankful for.

Here are three regions in the U.S. that are making some of the most interesting and innovative versions of the drink today.

Kentucky Trail
If whisky is your favourite drink, then the Kentucky Bourbon Trail is an experience that will give you a first-hand look at the art of crafting bourbon, along with lessons about the rich history of the spirit. Here’s all you have to know about this iconic experience.

In Kentucky, the history of bourbon dates back to the founding of the United States. Until the early 20th century, abundant corn and pristine water fuelled family-owned distilleries. By the 1780s, a distinctive style of Whisky was being distilled in Kentucky, eventually getting its name from Bourbon County, Kentucky, once the major shipping site for spirits heading south on the Ohio and Mississippi Rivers to New Orleans, Louisiana. On the long journey, the Whisky aged in their oak barrels, creating its distinctive mellow flavour and amber colouring.

In 1964, the United States Congress declared Kentucky bourbon as an official product of the United States, or, its preferred moniker, “America’s Official Native Spirit.”. Today, more than 95 percent of the world’s bourbon is distilled and aged in Kentucky, with around 5 million barrels of bourbon always aging in the warehouses of Bourbon County.

The easiest way to experience some of the most celebrated bourbon distilleries in Kentucky is by taking four or five days to follow the Kentucky Bourbon Trail. 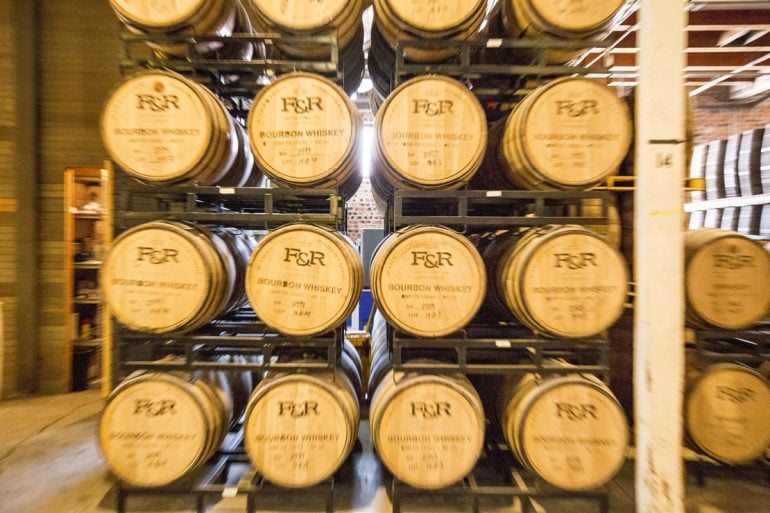 – Louisville, Kentucky
Louisville is the most vibrant cities of Kentucky and a friendly home of Kentucky Derby, Muhammad Ali and America’s premier spirit – Bourbon. Prior to Prohibition, the vibrant downtown Louisville’s Whisky Row area was home to as many as 50 distilleries. Now, the city is known for a thriving farm-to-table dining scene and numerous bourbon-focused bars. Evan Williams Bourbon Experience was Kentucky’s first commercial distillery, at the row’s historic end around West Main and South Sixth streets. The modern facility gleams with copper and polished woods, but the bourbon-making process is virtually unchanged. There are a variety of bourbon-centric bars, ranging from stately hotel cocktail lounges to historic haunts with ties to gangster Al Capone and author F. Scott Fitzgerald. Some fantastic hand-crafted bourbon truffles can be picked up from Art Eatables.


– Lexington, Kentucky
Seven distilleries operate within 40 miles of Lexington, and the Bluegrass Parkway (U.S. 60) carves a bucolic path to many of them. Tour the Alltech Lexington Brewing and Distilling Co., brewery and distillery and taste both micro-beers and bourbons. Refuel with traditional dishes like ham biscuits and the Kentucky Hot Brown.

Leaving Lexington, one can take a side trip to Versailles, Lawrenceburg, Danville or Loretto. In Versailles, admire the architecture of beautiful Woodford Reserve Distillery and enjoy lunch on the porch. In Lawrenceburg, chat with Jimmy Russell, a third-generation distiller, on a tour of Wild Turkey. In Danville’s Cultural District, take a tour of craft distillery Wilderness Trace. Loretto claims Maker’s Mark; stop in the gift shop, buy a bottle and dip it in the distillery’s signature red wax.


Bardstown, Kentucky
Continue your journey in historic Bardstown – the Bourbon Capital of the World and an Official Gateway to the Kentucky Bourbon Trail. Dating to 1779, one can sample live music and spirits at the Bourbon Bar in Old Talbott Tavern. Spalding Hall, circa 1826, hosts the Oscar Getz Museum of Whisky History. Kentucky Bourbon Marketplace is a place for anything from bourbon to baseball hats to tasting flight in the bar. The town’s annual Kentucky Bourbon Festival in September is a nice time to soak it all in; events range from coopers’ barrel-making demonstrations to historical tours and cocktail challenges. At the Heaven Hill Bourbon Heritage Center, you can choose from their tour options and enjoy your samples in their barrel-shaped tasting room. Just northwest of Bardstown in Clermont, the Jim Beam American Stillhouse, home of the world’s top-selling bourbon, offers the chance to interact with Fred Noe, master distiller and seventh-generation member of the Beam family, and enjoy a bourbon-themed meal. 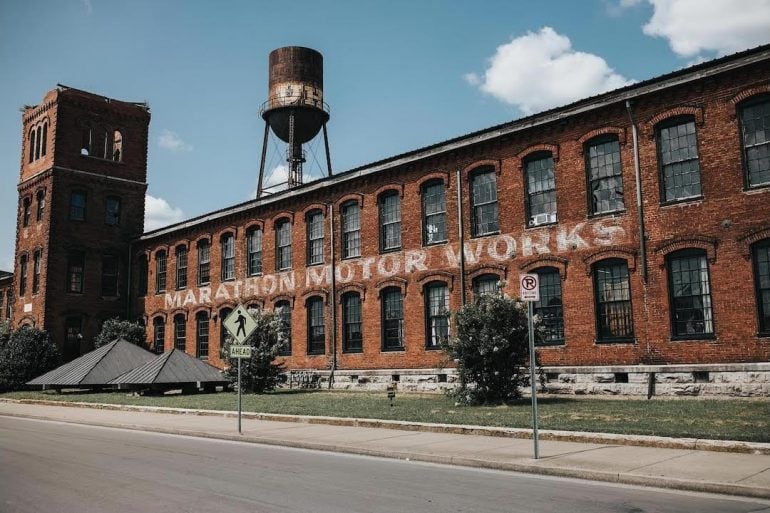 – Owensboro, Kentucky
About 90 minutes into the drive from Bardstown to Owensboro is Bowling Green, a can’t-miss stop on the spirits trail. Corsair Distillery, a must visit craft distiller has racked up awards with admittedly unconventional brews, including the complex Triple Smoke Whisky. Love fast cars? Bowling Green is home to the Corvette Assembly Plant, the only place in the world where “America’s Sports Car” is manufactured.

Another hour north to Owensboro is the Ohio River richly abundant with bourbon. Select from 200-plus bourbons in the basement bar of The Miller House, a 1905 restaurant. At Angel’s Envy, they age their Bourbon in ruby port wine casks giving it a subtle depth of flavour. In October, the town’s Bourbon and Blues Festival serves more of the spirit, accompanied by barbecue sandwiches and live music.

Paducah, Kentucky
A UNESCO Creative City, Paducah crafts traditional Kentucky moonshine. Learn about the history of Kentucky moonshine through antiques on display and sample the Loaded Lemonade, Cousin Billy’s or Uncle Mosey’s Moonshine. A bottle of this stiff spirit is a great take-home gift. Another must visit place is the Silent Brigade Distillery, where bartenders mix cocktails featuring their signature Whiskys. The peach and apple or blackberry moonshine is great recommendation followed by a walk along the Paducah Riverfront. Murals on the floodwall depict images from Kentucky’s past, and historic markers along the path tell of Paducah’s role in the Civil War.

Tennessee Trails
Tennessee Whisky Trail is modelled after what Kentucky has already successfully done for bourbon — but on an even larger scale. Here, small-scale and major distilleries alike offer tours and tastings where guests are likely to learn the history of distilling in the U.S. This includes the formerly illegal distribution of spirits known as moonshine, also called “white lightning” for its high proof and clear colour. 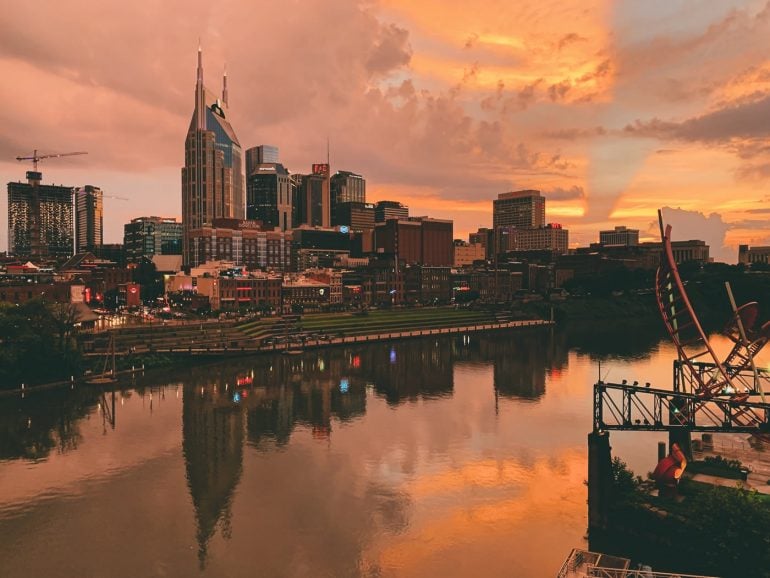 Nashville Craft Distillery has already made a name for itself with its sustainably sourced spirits, tours, tastings, and—most recently—private label, the Nashville Craft Original Bourbon Whisky. Just a 5-minute walk away, you’ll find the Corsair Distillery. One can satiate their hunger by trying some spicy, flavor-packed Nashville hot chicken along with a shot of Tennessee Whisky or a Whisky cocktail at stops like Whisky Kitchen or Corsair’s location in Marathon Village also a must-stop for craft beer fans.

About 15 miles north of Nashville at Fontanel Mansion is an outpost of the Kelso-based Prichard’s Distillery. The fifth-generation family business goes beyond Tennessee Whisky and includes bourbons, rums with their distinctive crooked-neck bottles, cream liqueur and the moonshine-inspired White Lightning.


Lynchburg, Tennessee
Located in the historic city of Lynchburg, 90 miles from Nashville, deep in the hills of Tennessee is the iconic Jack Daniel’s Distillery. You can satiate your hunger with the made-in-Tennessee flavors of slow-cooked Memphis barbecue and Nashville hot chicken, then wash it all down with oak barrel-aged Whisky at the Jack Daniel’s World Championship Invitational Barbecue, recognized as the largest of its kind in the world.

Distilling since 1878 in Cascade Hollow and surrounded by the original creeks that started it all, George Dickel Distillery’s Whisky follows in the Scottish tradition of spelling without the E in Whisky.

If the heart of American Whisky is in Kentucky and Tennessee, then its soul is in Fort Worth Texas at the Firestone and Robertson Whisky Distillery Company, where some of the finest Whisky in the U.S. is being produced. Leonard Firestone, the owner shows us all the steps of Whisky distillation, demonstrating both his great passion and expertise for the craft.