A few months back we broke to you the news of a candy pink Hello Kitty train that was under works in Japan. Following right through that, the West Japan railway a.k.a the JR west, recently debuted the adorable and absolutely awe-inspiring cartooned train at the Shin Osaka station.

While bets were laid on the bullet train being a wonder of sorts, little had we known that it would turn out to be oh-so-enchanting! 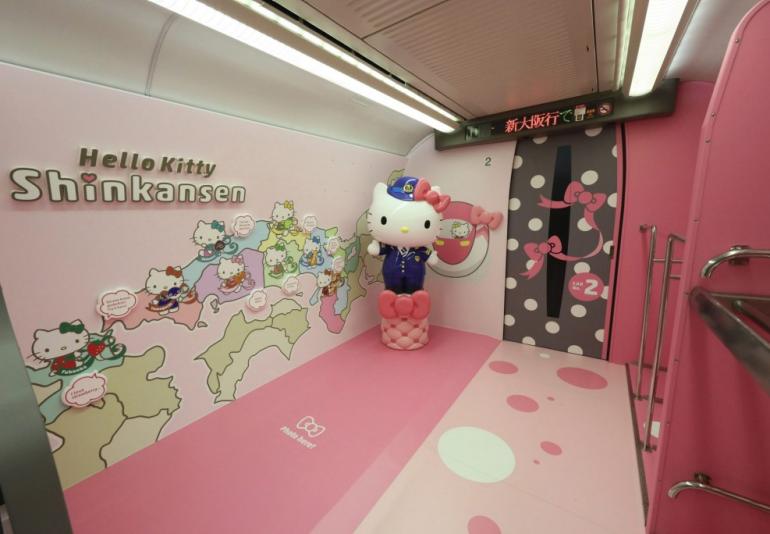 Christened as the ‘shinkansen’, the special train made its inaugural journey between Osaka and Fukuoka last Saturday, living up to its promise of connecting the country’s west and south sides. 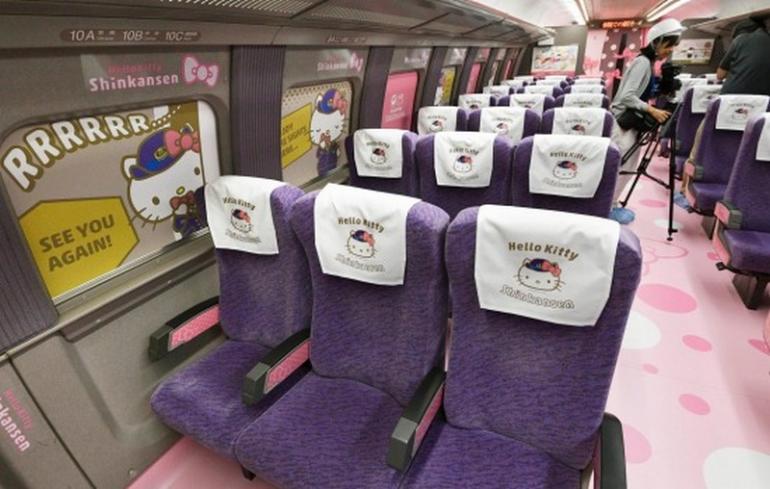 The sleek, eight car train in a pink and white avatar, showcased Hello Kitty images and trademark ribbons from flooring to seat covers and windows. 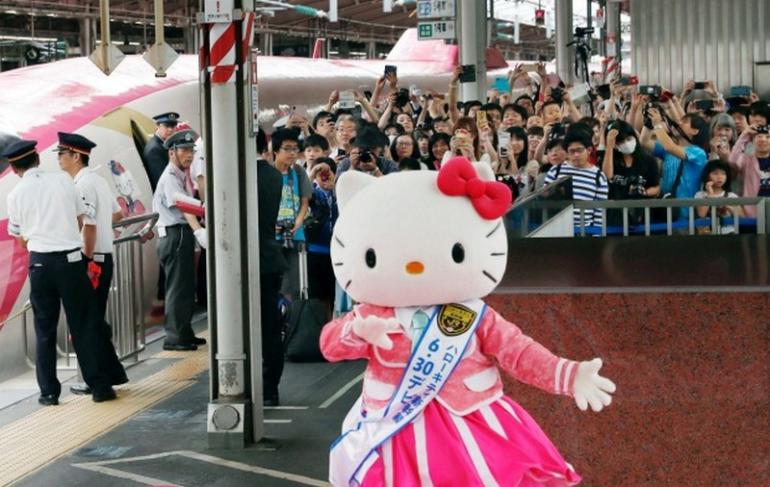 To make the experience all the more surreal, a life-size Hello Kitty doll in a crew uniform and hat, also welcomed passengers on board the train! 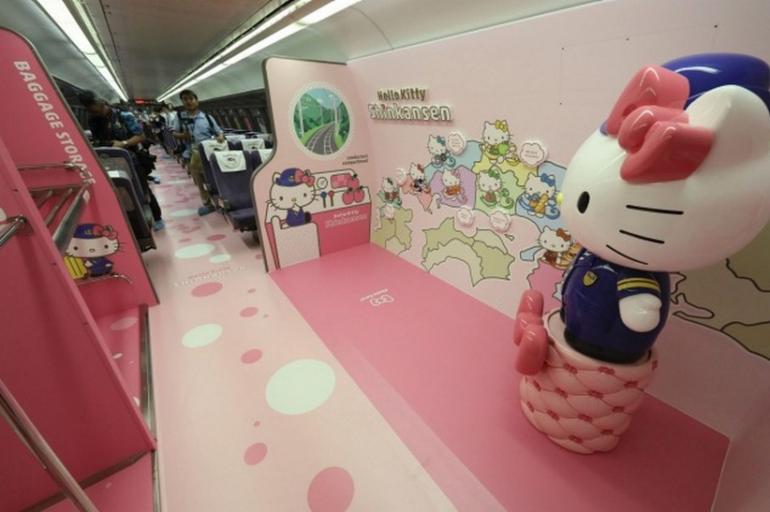 At the inauguration ceremony, several fans lined up at Fukuoka to cheer on and take pictures during the train’s 16-minute stopover at the station.

Given the obsession with global icon, it is no news that the Hello Kitty imagery has also been use previously in transport by Taiwanese carrier EVA Air, that now has seven Hello Kitty-themed aircrafts in service. Sanrio Co’s round faced feline certainly has a long way to go before it fizzles out at all!