Princess Diana’s personal letters are on sale yet again. This time it has been put up for auction by 69-year-old Margaret Hodge. All correspondence between Mrs. Hodge and Princess Diana will be up for sale by Colchester’s auctioneers Reeman Dansie later this month. Even after her wedding to Prince Charles, Diana continued to keep in touch with Mrs. Hodge, whom she had met while working in a London kindergarten. The letters and other correspondence dates from 1981 all the way up to 1986. Mrs. Hodge’s collection of royal correspondence is expected to fetch an estimated ₤20,000 ($32,850).

Princess Diana talks beamingly about her honeymoon in the Balmoral estate in her earlier letters, describing it as “heavenly.” Always addressing Mrs. Hodge as “Dearest Margaret,” Diana writes in another letter of her Highgrove residence relating to her playing house as a newly married couple and decorating the home with bright colors. The collection also includes a thank you note from Diana thanking Mrs. Hodge for the anniversary card she had sent to her and Prince Charles on the occasion of their fifth wedding anniversary in July 1986. After the birth of William, she proudly wrote about buying everything on his Santa’s list. Even though it has been more than a decade since she passed away, the public’s interest in her has not faded. 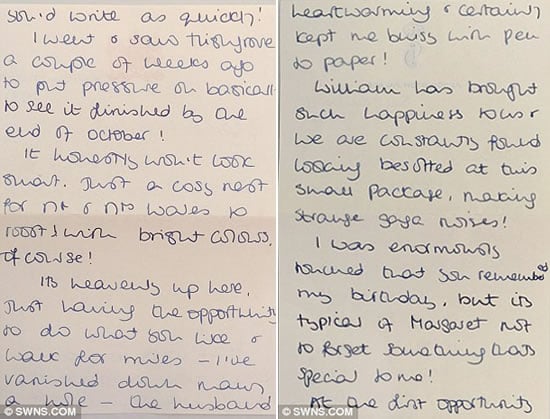 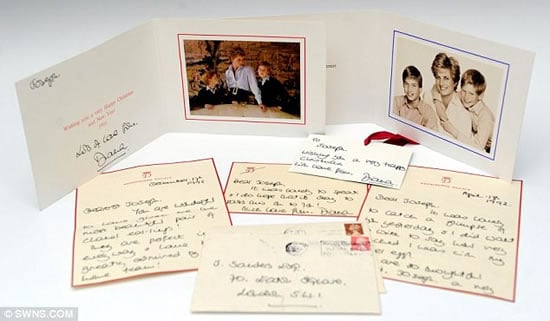 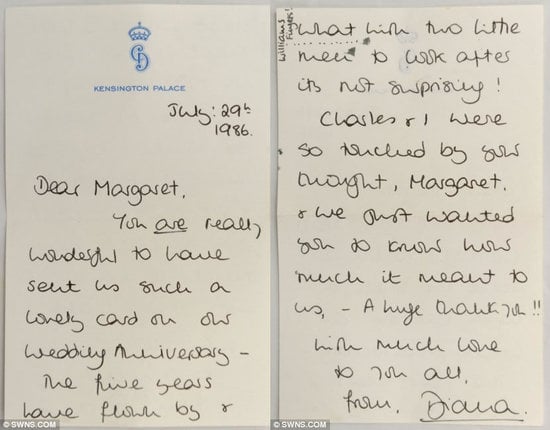 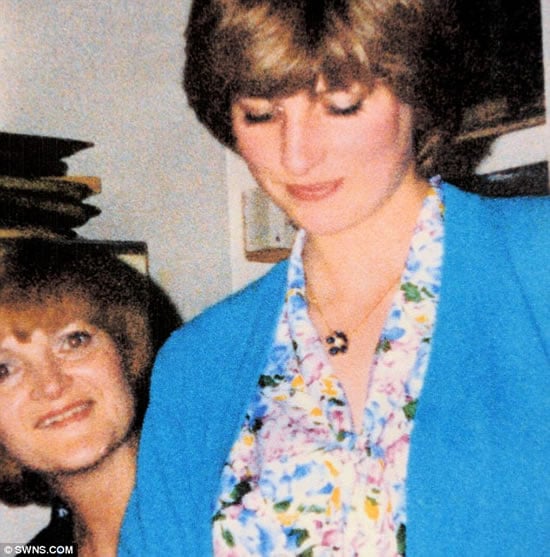 READ:  A Princess Diana beach to mark her 50th birthday