You’ve got to have an eye for art! And proving so is the upcoming sale of an old David Bowie painting which was originally purchased for a meager $5. The rare artwork is said to have been found at a Canadian rubbish tip and will now be auctioned for thousands of dollars.

According to experts, the striking signature on the back of the artwork proves that it was made by Ziggy Stardust himself. The 9.75 x 8-inch canvas features a tag showing his name, the date 1997, and a description of the painting as “acrylic and computer collage on canvas.” 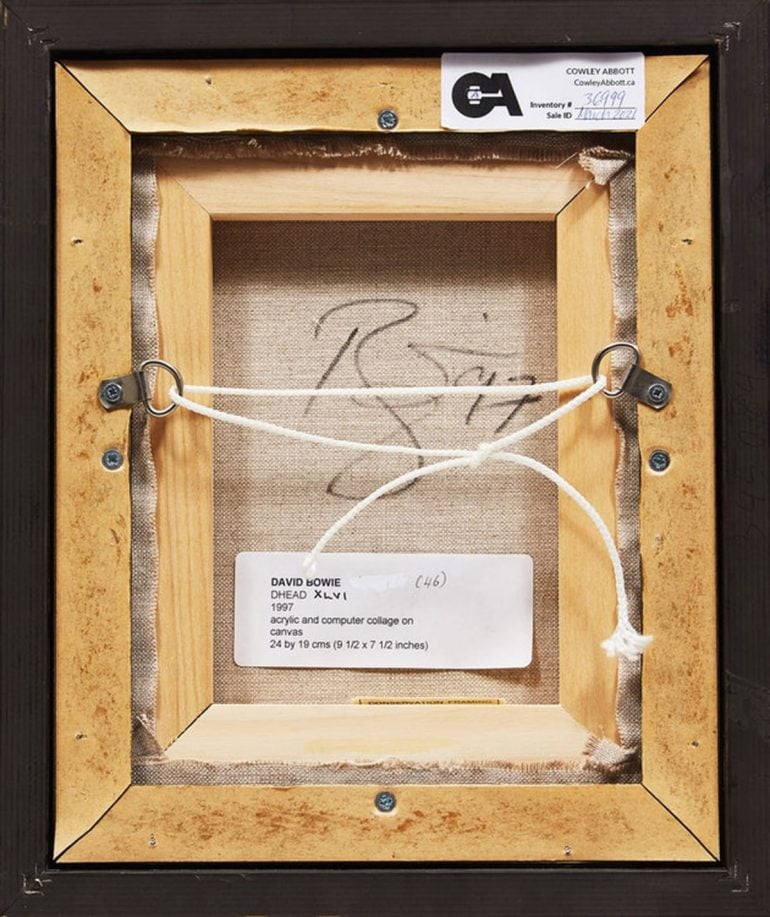 Commenting on its depiction, Mr. Cowley, president at the Cowley Abbott auction house, “It’s a figure who is inside profile with hair kind of coming down the side, longish hair.” He further added, “The figure is dressed in a teal color, and their hair has touches of teal as well as some dark red. And there’s kind of a light red background, almost like a crimson background, as well.”

It was also noted that the seller, who has not been identified, paid 5 Canadian dollars (just over $4) for the painting last summer at a donation center at a landfill in South River, which is about three hours north of Toronto. The auction for the artwork was completed on the 24th of June and it fetched an astounding $88,000.

Tags from the story
Canada, paintings