In the art world, it would be highly regard to own a Sandro Botticelli painting. And while many of his works are displayed in museums, only a rare few make it to private collections. One such painting to recently come under the hammer was “The Man of Sorrows.” 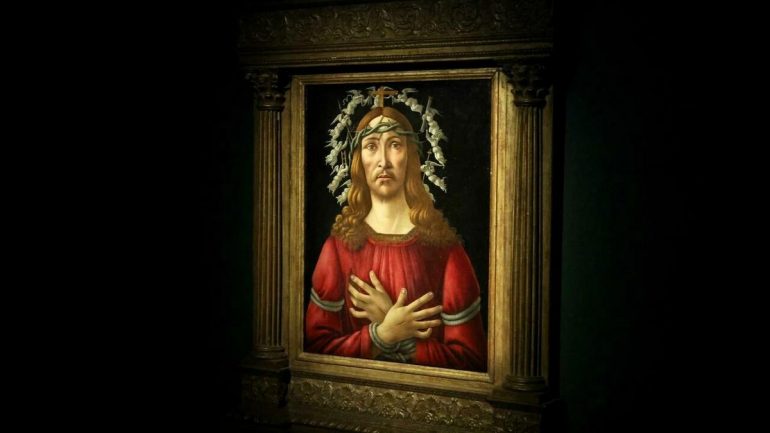 The portrait features Christ against a black background peering intently with a crown of thorns on his head and angels by his side. His hands are tied with ropes and appear to be scarred. The art piece dates to the early 1500s and has surprisingly been well preserved.

Until its auction, the portrait was part of a family of art collectors who handed it down to its second owners in 1963. It was recently sold at Sotheby’s New York auction for or $45.4 million, making it the artist’s second-highest sale total ever.

Despite its value, only three phone bidders entered the race to compete for the painting, with two final bidders being represented by Sotheby’s senior Old Master specialists, Liz Lobkowicz and Christopher Apostle. It was finally given away for a little under its expectation.

Commenting on the painting, Christopher Apostle, the head of Sotheby’s Old Masters painting department, said: “Botticelli’s Man of Sorrows is one of the most potent, humbling works I have ever encountered. Though seemingly religious, it’s a painting of enormous humanity—a portrait of human suffering and spirituality that speaks a universal language. Today’s result is not only testament to its power and importance, but also to the timelessness of works painted some 500 years ago.”

Good for the buyer who now owns the rare Botticelli beauty!