Records are meant to be broken. And standing true to this approach, an unnamed gentleman recently purchased a rare ‘Dracula’ film poster for a record-breaking price of $525,900. The poster in almost mint condition was previously owned by the family of longtime cinematographer and photographer George J. Mitchell Jr. since the 1950’s. The outstanding sale reinstates the worth of original film posters and just how much collectors are willing to pay for memorabilia of its kind.

The auction of the rare ‘Dracula’ poster that was held by Dallas-based Heritage House last Saturday has also set a record for the most expensive film poster to be sold. Grey Smith, director of vintage poster auctions at Heritage was pleasantly pleased with the recent sale and exclaimed, “I’ve been in the hobby for 40 years. This is a significant find, and I hoped the market would come to meet it. I would not have been surprised if it exceeded $700,000 or more. It’s just that significant.” 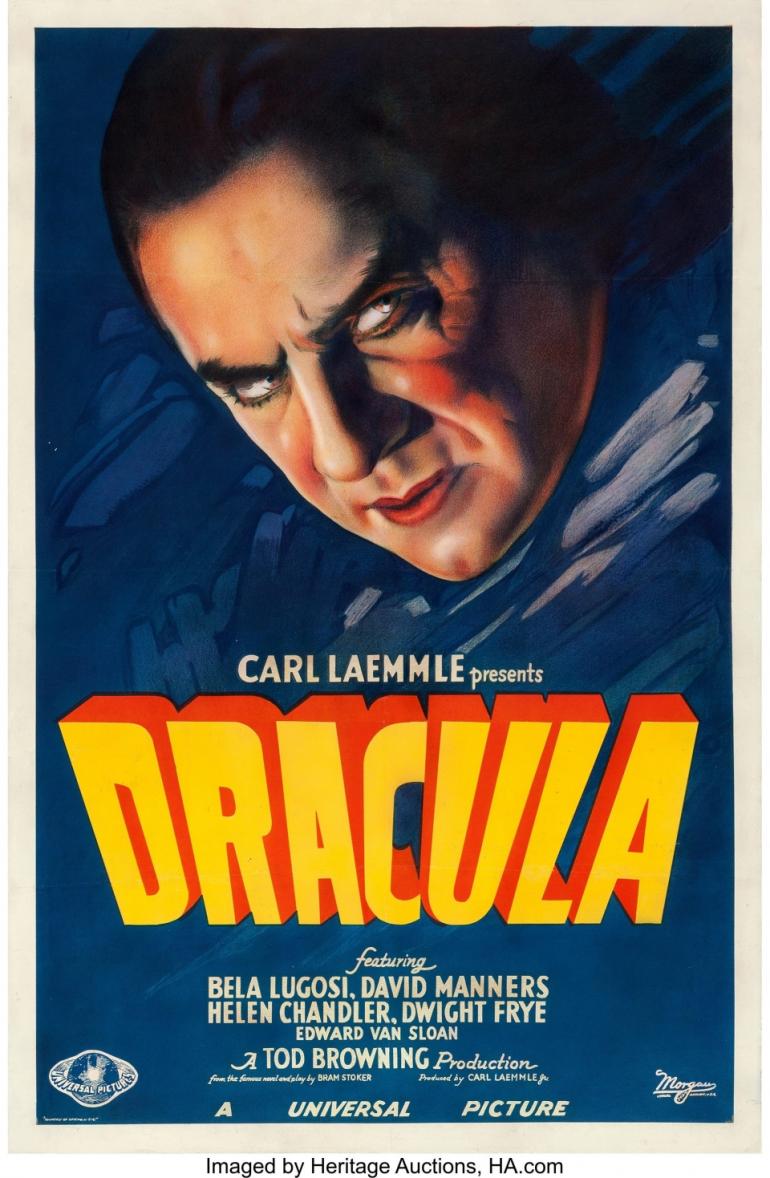 The classic ‘Dracula’ poster happens to be one of the only two of its kind to be left in the world. It displays the face of Bela Lugosi on the front, against a classic blue background that can instantly transmit one to the film era that has gone by. In the past as well, vintage holiday posters and unique Star Wars products have been sold for jaw-dropping numbers. Hence, it’s no surprise that a movie buff willing gave up $525k to own an original poster of the cult classic – Dracula!

Tags from the story
Poster