Two Hermès handbags crafted three decades apart are expected to fetch $80,000 each when it hits the Heritage Auctions on April 28 as part of its Luxury Accessories Signature Auction. 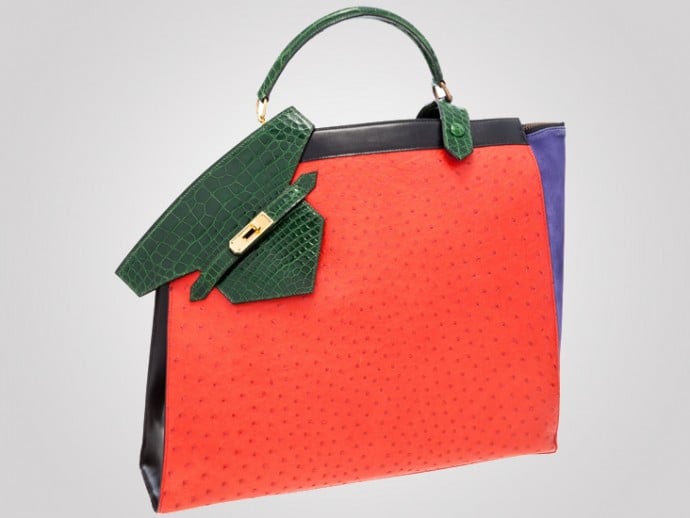 The 43cm Himalayan bag has a combination of four skins -Vert Emerald Alligator, Rouge Vif Ostrich, Violet Veau Doblis and Black Calf Box Leather. Handmade in 1982, this bag is rarely seen, almost mythical. Made from the finest materials in vivid hues, including a large panel of bright red ostrich and the iconic Kelly belt closure in emerald green alligator, it is immediately identifiable as a special piece from Hermès. 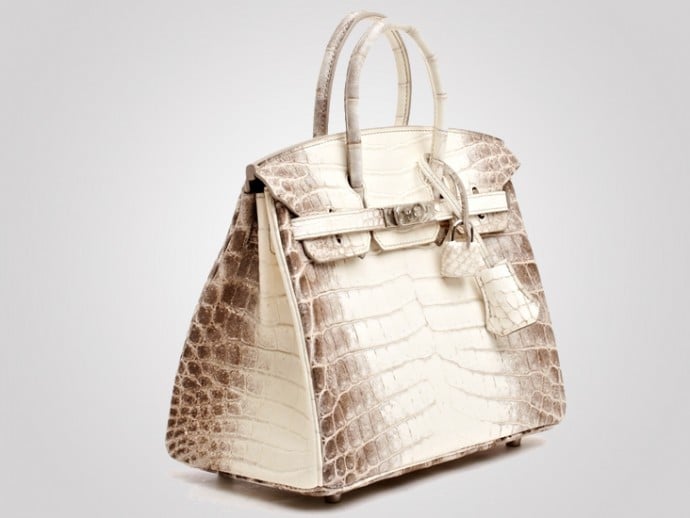 Bearing the same design house’s coveted ‘Himalayan’ moniker, the Hermès 25cm White Himalayan Crocodile Birkin provides an interesting juxtaposition to its auction counterpart. The exterior is white Himalayan Nilo Crocodile, beautiful in its natural state. It has two rolled top handles, palladium hardware, keys, clochette, and a matching crocodile covered lock. The interior is Gris Tourterelle Chevre leather, which matches the natural tones of the crocodile so well. This Birkin is one of the most difficult bags to produce due to the delicate nature of the tanning process.

“Hermès is known for its whimsical spirit in the atelier,” said Matt Rubinger, Director of Luxury Accessories at Heritage Auctions. “The essence of that fancy is embodied perfectly in these two bags, so unlike one another, but also both so quintessentially and undeniably Hermès.”

The auction will feature special Hermès pieces at every price point, from bags that start at $1 to well in excess of $80,000. The current bid is at $15,000, but the sale will not take place until April 28 at the Fletcher-Sinclair Mansion in Manhattan, 2 E. 79th Street. The auction will also feature well-valued current and vintage Chanel, Louis Vuitton, Judith Leiber, Gucci, Dior and more.