Back in 2011, a fortunate person made a historic discovery in the cellar of Harewood Estate near Leeds in England – 12 bottles of rum that had been hidden away in the cellar for a whopping 230 years! The contents of these bottles gained worldwide fame after the Guinness Book of World Records deemed it the oldest run in the world. You can imagine the frenzy when these bottles were put up for auction.

One bottle was snagged by Wealth Solutions, a Polish collector’s club and they promptly put it to use to create the least likely rum related product – watches. Wealth Solutions teamed up with Swiss watch company Speake-Marin to create a limited edition version of the Swiss brand’s one handed Velsheda watch. These limited edition timepieces feature a single drop of the world’s oldest rum at 11 o clock. 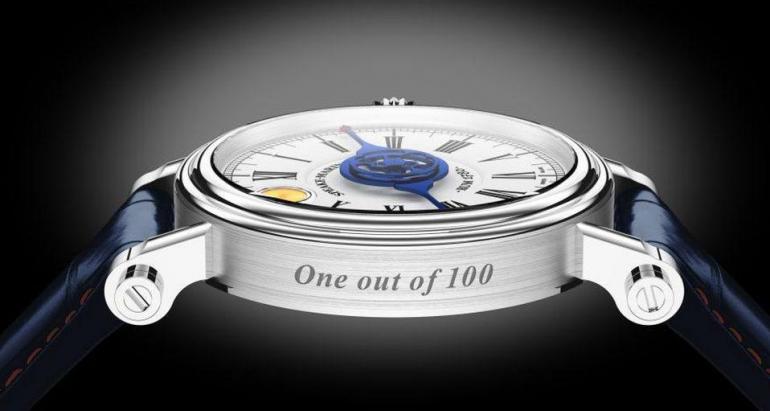 50 units of these watches were created back in 2016, featuring 42 mm titanium cases and a caseback with an engraving that reads: “Stand fast the holy ghost.” This may seem like gibberish to you, but it meant a lot to navy sailors who heard this call at 11 o clock as a signal that they could congregate on the deck to get their daily drink of rum. This reference is reflected in the positioning of the rum droplet at 11 o clock.

In 2016, these watches were sold for the retail price of $17,000, but now, just one of 50 such timepieces has surfaced in an upcoming Fellows auction. If you would like to add a piece of alcohol history to your watch collection, place a bid here: Fellows