Get set for an out of this world auction as meteorite hunter Rob Elliott is all set to auction off his Meteorite collection. Rob, a former electronics engineer, has spent the last 13 years scouring the world for examples and is now ready to part with 170 meteorites from his 1000-strong collection. He took up this extraordinary hobby of collecting meteorites when he spotted an advert in a science magazine offering a real meteorite for sale at $40. Since then, he has collected various meteorites, sliced them down into smaller slivers, and traded them to museums for other examples of meteorite. The guy fascinated by science and the universe was probably on cloud nine when auctioneers put a £1 million ($1.6 million) price tag on his collection. His most impressive find is the Hambleton Meteorite, found while digging around in Thursk, North Yorkshire, in 2005. It was recently discovered that it contains a brand new mineral that scientists have not seen before, which could raise its value even higher. Besides the meteorites, a Salyut 7 helium tank, which fell from a Russian space station into Buenos Aires 10 years ago and peppered with tiny craters from shooting stars, will also be on sale. Touted to be the world’s largest sale of meteorites, this extraordinary sale is expected to fetch an astronomical price between £700,000 ($114,630) and £900,000 ($147,400).

The 170 meteorites will go on sale in August at Lyon and Turnbull in Edinburgh. Prospective buyers can also look forward to some bargains with prices starting as low as £50 ($80). 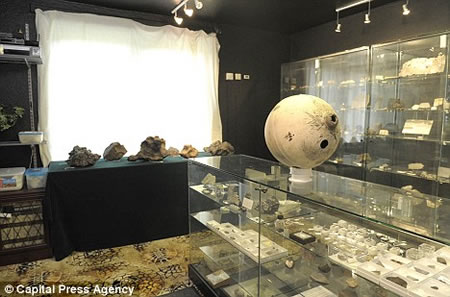 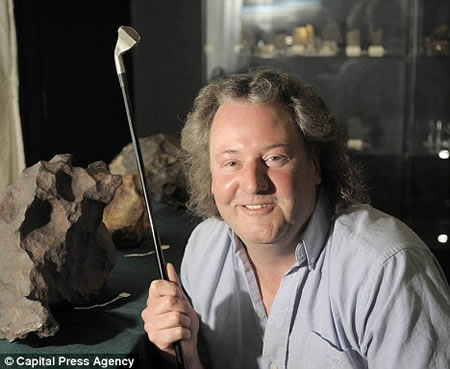