Owning art is no easy feat. And if it’s a whole ceiling wall painted by Italian artist Caravaggio that we’re talking about, it is certain to come at a cost that only a few can afford. On this note, giving connoisseurs a chance to own a home with the only ceiling ever painted by maverick is Auction Company Fallco Zucchetti. 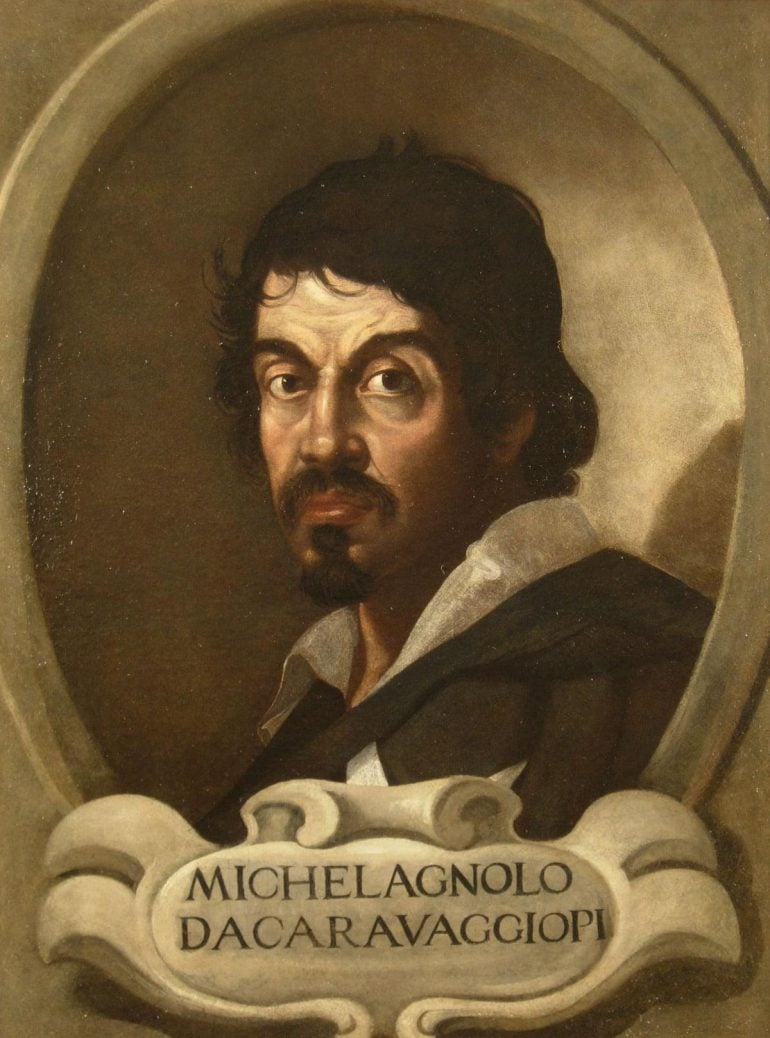 It is offering on sale a stately villa in Rome with the iconic ceiling mural for a starting price of a grand $547 million. Called ‘Villa Aurora,’ the house is part of the larger Villa Ludovisi, a 16th-century house that was considered “one of the wonders of the world.”

The luxe property exists at a stone’s throw from Via Veneto, the iconic street memorialized by “La Dolce Vita” director Federico Fellini and is complete with a garden and various garages, covering a total of 2,800 square meters. 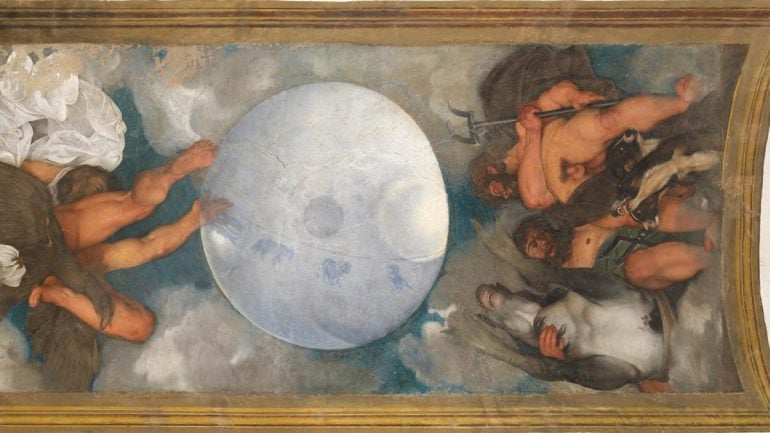 It boasts six floors in all with an enviable array of artworks, including Caravaggio’s Villa Aurora mural that represents three gods — Jupiter, Neptune, and Pluto — as they gather around a translucent globe. 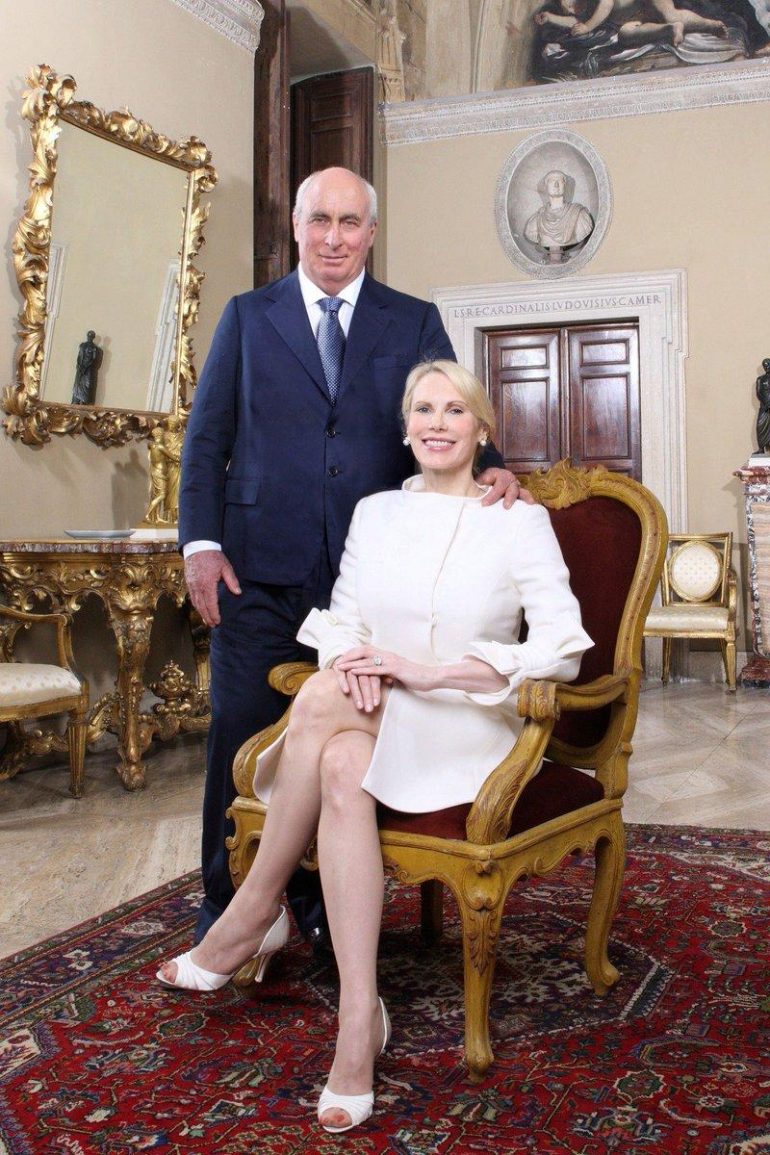 Alessandro Zuccari, a history professor at Sapienza University in Rome who oversaw the valuation of the mural, said, “Del Monte bought property there, which he restructured before commissioning Caravaggio to paint the mural in his lab, which was only a very small room.”
He further added, “It’s an extraordinary work which was difficult to put a price on, seeing as it was the only mural ever done by Caravaggio, and so we had nothing to compare it to.” 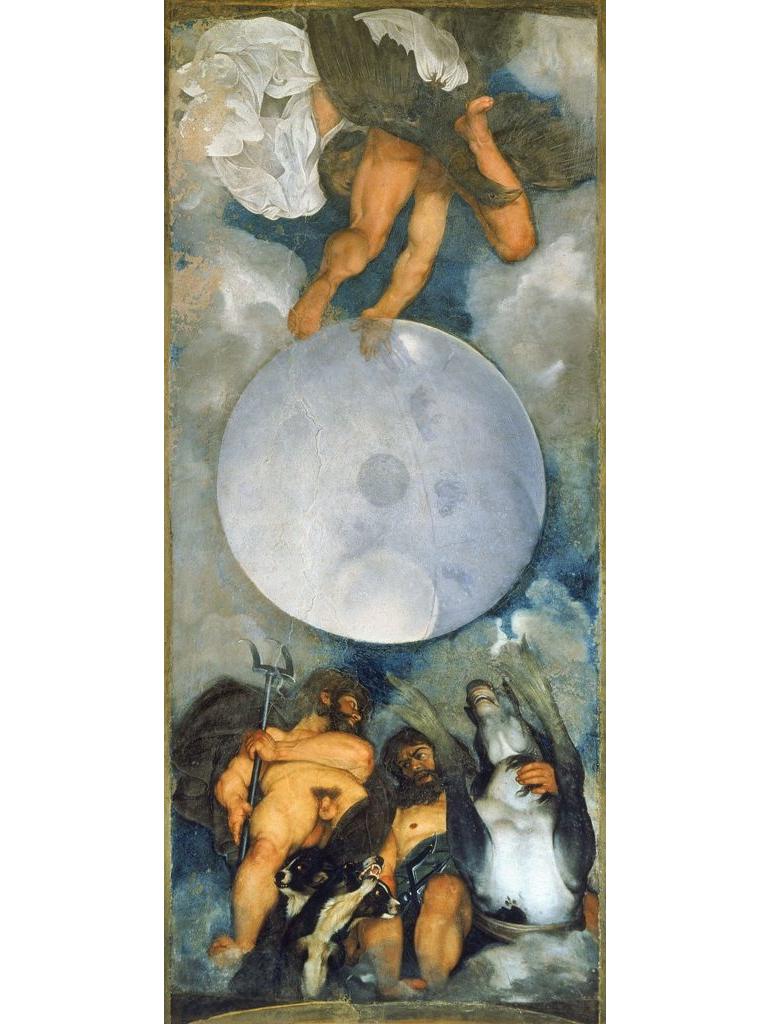 The piece is said to be commissioned by Cardinal Francesco Maria Del Monte in 1597, who would have used the room as an alchemical laboratory and has an estimated value of more than $360 million.

In addition to the ceiling mural, the villa is flanked with the works of the Baroque painter Giovanni Francesco Barbieri, known as Guercino, such as the fresco of the Aurora, the Roman goddess of dawn, which was painted for the nephew of Pope Gregory XV, Alessandro Ludovisi.

Belonging to the Boncompagni Ludovisi family, who are descendants of Pope Gregory XV, Villa Aurora is an art lover’s Roman Dream! It is a protected art site, meaning that the state will retain the right of first refusal when its auction takes place.