Heard of the Lamborghini Miura Jota of the SV/J line of cars? Sometime in the mid 90s the car made its entry into the mainstream of super cars. It is equipped with a light body, a split sump engine and Megaphono exhaust pipes (for crying out loud!). What’s sad is that there was just one such car that was built and what’s sadder is that it was burnt after a crash. Now, as on would expect, automobile fanatics wanted the car revived from its fiery end and that’s exactly what Lamborghini did to oblige them. There will be six such cars made with the Jota body.

The pictured vehicle will be auctioned off at the Russo and Steele classic car auction in Monterey. Well, I do not know how much the starting bid will be but for a collector there can be nothing that’s better news than this. 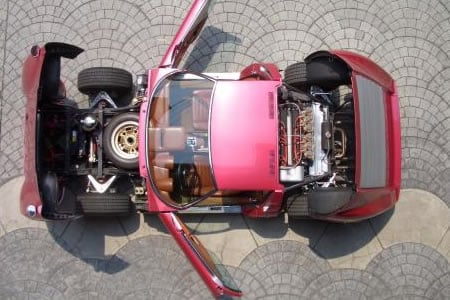