Sports memorabilia can garner huge sums on sale, especially if it once belonged to high-flying legends such as Mike Trout. The Angels’ center fielder is touted as one of the best players in the history of baseball and it’s a given that any items as much as touched by him would sell for giant sums, as evidenced by the recent sale of a rookie card autographed by him. 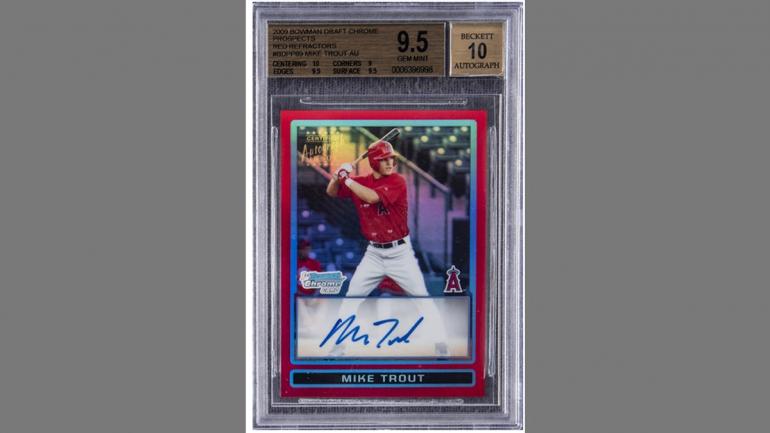 As evidenced by Rovell’s Tweet, Trout’s autographed card wasn’t the only one to go down the hammer. Other items on sale included a Jordan 1986-87 Fleer rookie card which sold for $97,200. two Jordan cards from the Exquisite Collection which sold for $181,200 and $146,400 and a Lakers championship ring Kobe gave to his mother which sold for $201,250. Bryant’s rookie cards sold for $110,400 while shoes worn by him in the clinching game of the 2001 Finals were sold for $70,000 alongside a scorer’s sheet from Kobe’s career-high of 81 points signed by Bryant which went down for $23,750, amongst others.

Tags from the story
Sports-Memorabilia