So here are three words that will make your heart flutter- star wars auction!!! Yep, it’s happening all over again, Sotheby’s is holding its second online-only auction dedicated to Star Wars collectibles starting Friday. For those who have wanted to buy a piece of pop culture history, this could be your moment. Considering all the excitement that’s in the air just days before the highly anticipated release of the last movie in the sequel trilogy, Star Wars: The Rise of Skywalker, this is a good time to go shopping. Fans must note that the star wars online auction contains a total of 104 lots featuring items related to A New Hope, The Empire Strikes Back, and Return of the Jedi. Read along to know more about our favorites: 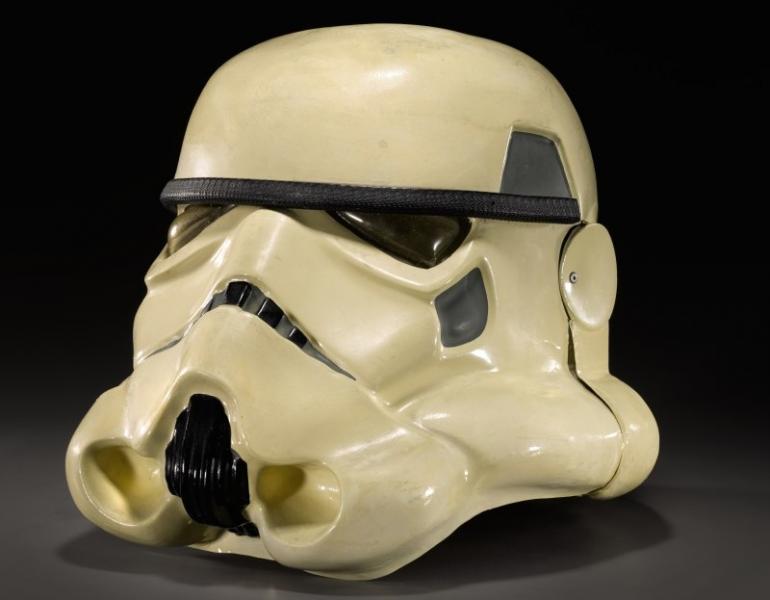 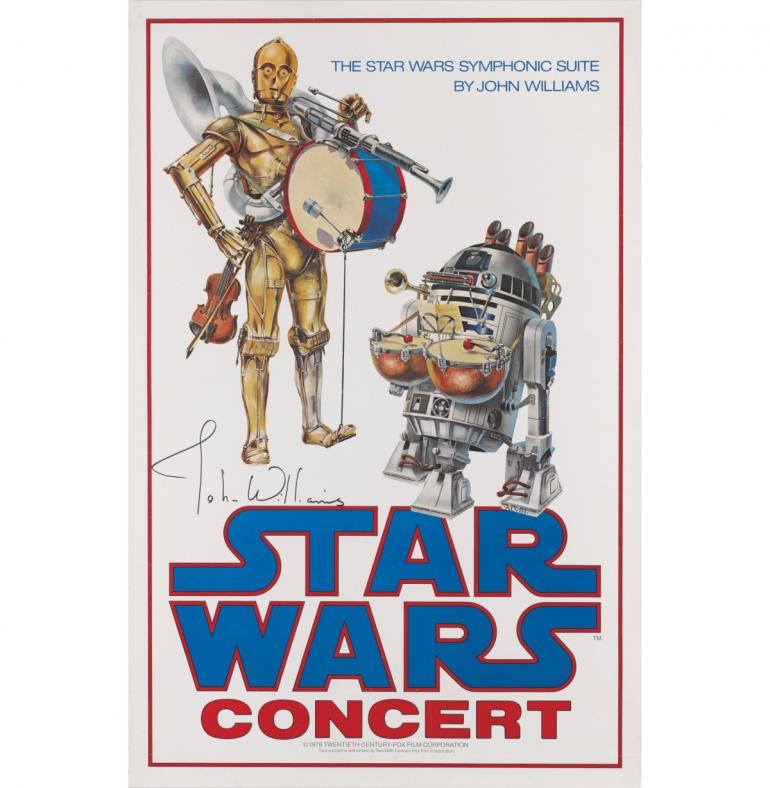 Star Wars concert poster, JOHN ALVIN, 1978, signed by John Williams, Estimate: £10,000 – £15,000
Since November 1977 these have been quite a rage; a series of concerts featuring the Star Wars musical score and a single poster was designed to promote all the concerts. What you have in front of you is this charming poster featuring C-3PO and R2-D2 holding a variety of musical instruments. 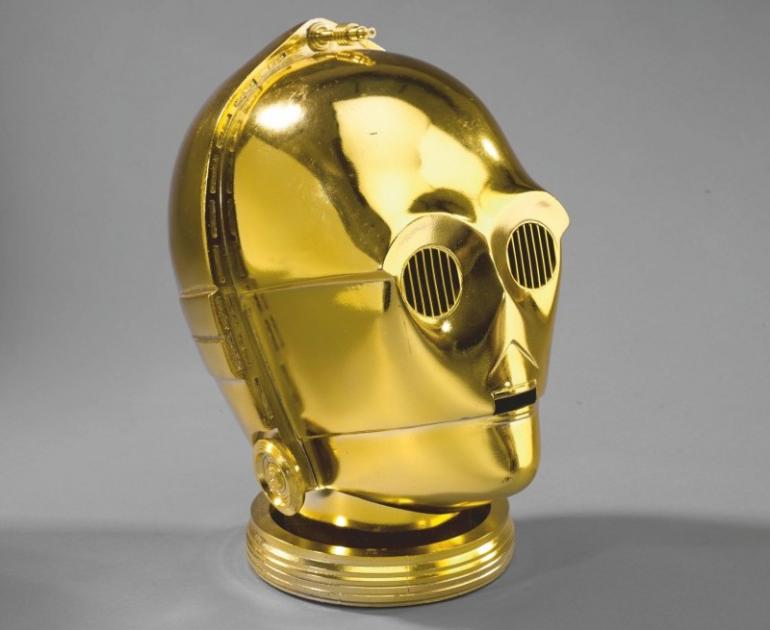 Return of the Jedi Promotional C-3po Helmet, 1983, Estimate: £15,000 – £25,000
Here is some interesting information; this C-3PO helmet was made by Industrial Light and Magic for promotion of The Return of the Jedi way back in 1983. The helmet is made of fiberglass and resin and composed of a 2-part mask with a faceplate portion painted in metallic gold. 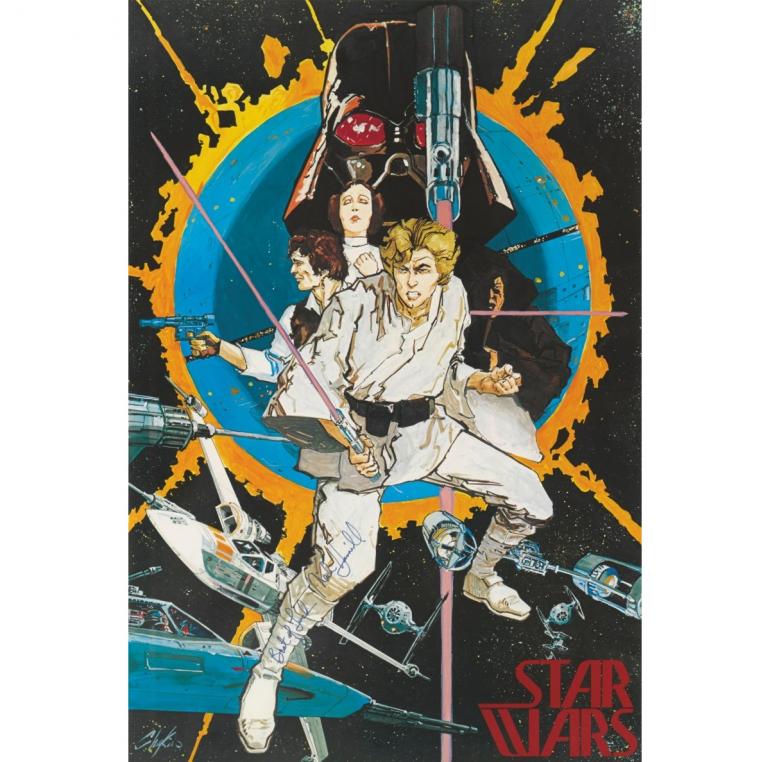 Star Wars Poster, Howard Chaykin, 1977. Estimate: £5,000 – £8,000
This one is special as its the very first poster produced for the legendary Star Wars film. Howard Chaykin, a comic artist, was commissioned to design this advance poster. Making it even more sought after is the fact that it is signed ‘Best wishes Mark Hamill’.

Tags from the story
Sotheby's, Star-Wars